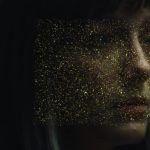 You may recognize actress Laura Seay from projects such as Superbad, in which she starred opposite Emma Stone and series such as Marvel’s Agents of S.H.I.E.L.D., Pure Genius, NCIS and NCIS: New Orleans. Her most recent project, the short film The Coupon, was released this week on Vimeo and stars Micah Cohen (Shameless, Grey’s Anatomy) […]