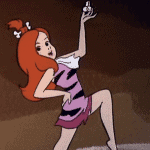 Are you ready to head back to the prehistoric world of Bedrock? Fox and Elizabeth Banks are hoping as they will attempt to bring this property back for a whole new generation. Banks will star in and serve as an executive producer of an update of the classic Flintstones series, which will be set 20 […] 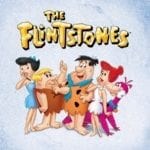 It looks like we may soon be taking another trip back to Bedrock, as Variety is reporting that Elizabeth Banks’ Brownstone Productions is teaming up with Warner Bros. Animation for a new take on The Flintstones. The project, which is part of Brownstone’s overall deal with Warner Bros. Television, is said to be in the […] 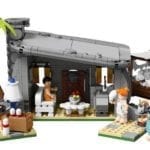 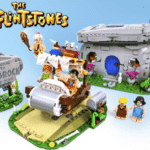 The results of LEGO Ideas’ First 2018 Review Stage are in, with LEGO announcing not one but two concepts which have been selected to be produced as official sets! First up, Kevin Feeser / KevinTreeHouse, is the Treehouse set, followed by Andrew Clark / AndrewClark2 with his The Flintstones design. Yabba Dabba Doo! You can watch the official announcement video […] 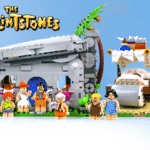 Designer AndrewClark2 is having a Yabba Dabba Doo time, with his The Flintstones set achieving the required 10,000 supporters on LEGO Ideas to progress through to the First 2018 Review Stage in the hopes of being selected by LEGO to be manufactured as an official product. The build includes the Flintstones’ Bedrock home and iconic […] 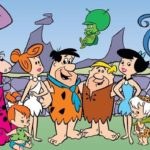 Way back in 2011, it was announced that Family Guy and American Dad! creator Seth MacFarlane was set to reboot the classic Hanna-Barbera cartoon series The Flintstones. The original plan was for the rebooted series to air on Fox in 2013, although that never materialised as MacFarlane shifted his attention to his live-action feature film […]

It looks like it’s not just its superhero titles that DC Entertainment is looking to reboot, with Entertainment Weekly revealing that the publisher is set to launch a new line of comics based upon classic Hanna-Barbera characters – including Scooby-Doo, Johnny Quest, Wacky Races, Space Ghost and The Flintstones – which will “revitalize them for […]

Earlier this year we saw Mystery, Inc heading to WrestleMania for the direct-to-video animated movie Scooby-Doo!: WrestleMania Mystery, and now we have the first trailer for the next pairing between Warner Bros. Animation and World Wrestling Entertainment in The Flintstones and WWE: Stone Age Smackdown, which you can check out right here along with the […]