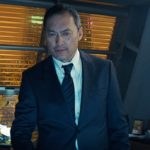 Variety is reporting that Ken Watanabe (Inception, Godzilla) has signed on for the lead role in a Japanese TV remake of The Fugitive, which is being produced by Warner Bros. International Television and TV Asahi. The TV special will see Watanabe taking on the Richard Kimble role as Kazuki Kakurai, a surgeon in Tokyo who […]

In the build up to the release of Blade Runner 2049 [read our review here], Tom Jolliffe looks at the essential films of the key cast, starting with Harrison Ford… A long, varied and fine career has seen Ford become iconic in two franchises in particular (and indeed the upcoming reprise of Rick Deckard could […]

Deadline is reporting the news that Warner Bros. is readying a new big screen version of The Fugitive, which was both a 1960s television show and 1993 blockbuster thriller. The outlet reports that Warner Bros. is keen to make the new version soon, but it is unclear as of yet whether the film will act […]