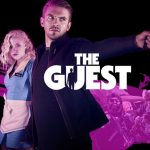 Although they’ve since moved on to bigger things in the six years since its release, it seems that actor Dan Stevens, director Adam Wingard and screenwriter Simon Barrett are still open to the prospect of a sequel to 2014’s cult thriller The Guest. Speaking to Forbes to promote the release of the new Netflix comedy […]