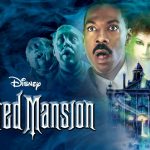 A brand new Haunted Mansion live-action movie, based on its 51-year-old Disneyland theme park ride, is currently in early development at Disney. According to The Hollywood Reporter, Katie Dippold, best known for writing the recent Ghostbusters (2016) reboot and comedy The Heat, will be writing the script for the feature film with Dan Lin and […]

Marvel Entertainment and Walt Disney Imagineering have announced The Haunted Mansion #1, a new Disney Kingdoms limited series from Joshua Williamson (Illuminati, Ghosted) and Jorge Coelho (Loki: Agent of Asgard, Polarity). “There are running themes throughout the whole series that we’re going to be doing, but I think when people read all five issues, I want them to have that […]