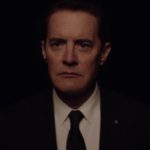 Fresh from his return to Twin Peaks, Kyle MacLachlan has found his next project, with Deadline reporting that the actor has signed on to star in Eli Roth’s The House with a Clock in Its Walls, where he’ll join the previously announced Jack Black and Cate Blanchett. Based on John Bellairs’ 1973 horror book and […]

THR is reporting that Eli Roth is set to direct Jack Black in a feature adaptation of John Bellairs’ children’s horror novel The House With a Clock In Its Walls. The project is being produced by Amblin Entertainment, with Supernatural creator Eric Kripke penning the script. The book “tells of a recently orphaned boy who […]