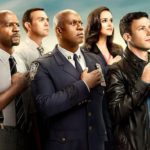 The Nine-Nine will be closing its doors, with Fox announcing that it has cancelled the cop comedy Brooklyn Nine-Nine after five seasons, with the series finale set to air on May 20th. The show premiered in 2013 and features a cast that includes Andy Samberg, Andre Braugher, Terry Crews, Melissa Fumero, Chelsea Peretti, Stephanie Beatiz […]

9-year-old Jacob Tremblay, who was recently awarded with the Best Young Actor/Actress award at the Critics Choice Awards for his performance in Room, has signed on to guest star on Fox’s critically acclaimed comedy The Last Man on Earth. The breakout actor will play a young version of Will Forte’s Phil Tandy Miller for one […]

The Last Man on Earth recently wrapped its first season, and will return next season for its sophomore run of episodes. Fans of the show don’t just have that to get excited about, however, as THR reports that the show has picked up a new showrunner, in the form of The Daily Show, The Sarah Silverman Program, and South […]