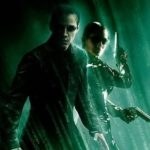 While the original The Matrix film released to high appraisal from audiences and critics alike and was a game-changer in the science-fiction genre, the following two sequels – The Matrix Reloaded and The Matrix Revolutions – were not met with the same level as critical acclaim. Now, in a recent discussion on Roger Deakins’ Team Deakins podcast (via Indiewire), cinematographer […]

With filming on The Matrix 4 underway, Eric Bay-Andersen discusses whether time has done anything to improve the less-than-stellar reputation that Reloaded and original trilogy-capper Revolutions have received in the years since their release… The first Matrix was a game-changer for me – I was thirteen when it was released, and it came along at […]