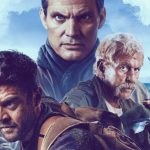 Mill Creek Entertainment has released the first trailer for The Most Dangerous Game, the upcoming thriller based on the 1932 film and short story of the same name by Richard Connell. Written and directed by Justin Lee, the film follows a father and son as they become shipwrecked on a remote island and find themselves […]