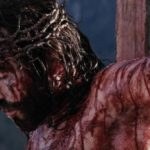 Back in June of 2016 it was announced that Mel Gibson and screenwriter Randall Wallace are developing a sequel to Gibson’s biblical epic The Passion of the Christ entitled The Resurrection, and now actor Jim Caviezel has revealed that he is on board to reprise the role of Jesus. “There are things that I cannot say […]