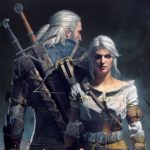 Last month it was announced that Justice League and Mission: Impossible – Fallout star Henry Cavill had been cast in the lead role as Geralt of Rivia in Netflix’s The Witcher TV series, and now the streaming service has announced details of the show’s supporting cast. The pivotal role of Ciri, Princess of Cintra, will […]