The third season of The Witcher has begun production. The official announcement came via Twitter with a behind the scenes photo of the lead trio of Henry Cavill, Anya Chalotra and Freya Allen together on the set along with the official synopsis and the directors for the season. The second season concluded with the true potential of […] 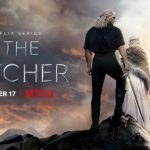 After a long delay due to the global pandemic, The Witcher is set to return December 17 on Netflix. Along with the announcement, which was revealed at WitcherCon, the teaser trailer along with a small batch of first look images was released with the main poster showcasing Henry Cavill’s Geralt of Rivia with Freya Allen’s Ciri as […] As filming continues in the UK, set photos have surfaced from the second season of Netflix’s hit fantasy series The Witcher, which give us a peek at Yennefer (Anya Chalotra) and Ciri’s (Freya Allan) new costumes; take a look here… Anya Chalotra (Yennefer) and Freya Allan (Ciri) are filming togetherhttps://t.co/7xfcilOXTc — r/NetflixWitcher (@netflixwitcher) October 21, […] 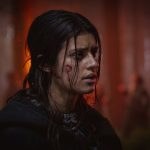 We’ve already seen images for the second season of The Witcher for Geralt of Rivia (Henry Cavill) and Ciri (Freya Allan), and now it’s the turn of Yennefer of Vengerberg (Anya Chalotra); take a look here… She used her full might, and the battlefield burned.Then she vanished from sight, But Yen will return. pic.twitter.com/1sdWujA6KS — […] 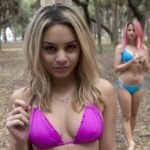 The full cast of Netflix’s Army of the Dead: Lost Vegas, a prequel anime series to Zack Snyder’s Army of the Dead, has been announced with nearly a dozen actors joining the show. Starring in the series is Joe Manganiello (Justice League), Christian Slater (Mr. Robot), Vanessa Hudgens (Tick Tick… Boom!) Harry Lennix (The Blacklist), […] 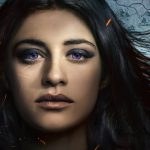 While the performances in Netflix’s The Witcher were strong across the board, arguably the clear stand-out was Anya Chalotra’s take on Yennefer of Vengerberg. However, in a recent interview with ComicBook.com, Anya Chalotra has opened up about one of the most challenging aspects of playing this fan-favourite character. “The most challenging aspect, was like, I’m in my […] As The Witcher‘s premiere date gets closer, Netflix has released a new batch of featurettes focusing on the three main characters of the series. Check out the videos featuring Henry Cavill’s Geralt of Rivia, Anya Chalotra’s Yennefer and Freya Allan’s Princess Ciri below… Based on the best-selling fantasy series of books, The Witcher is an epic tale of […] Netflix has released a new poster for the upcoming action fantasy series The Witcher which showcases Henry Cavill’s Geralt of Rivia, Anya Chalotra’s Yennefer and Freya Allan’s Princess Ciri. Check out the poster below… Cavill stars as Geralt of Rivia, a deadly monster hunter who roams the world. The Witcher novels span eight books, but the franchise also […] Netflix has released first-look photos of the three lead characters in the upcoming series, The Witcher. You can check out the images of Geralt (Henry Cavill), Yennefer (Anya Cholatra), and Ciri (Freya Allan) below… Based on the best-selling fantasy series of books, The Witcher is an epic tale of fate and family. Geralt of Rivia, a solitary […]