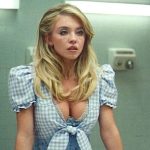 Euphoria star Sydney Sweeney has signed on to whistleblower Reality Winner in a drama based upon the true story of the military contractor who was accused of leaking an intelligence report into Russian interference in the 2016 U.S. election. The as-yet-untitled film will mark the feature directorial debut of Tina Satter and is based upon her […]