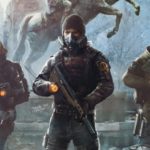 During Ubisoft’s panel at E3, the publisher has announced that its long-gestating feature film adaptation of Tom Clancy’s The Division has been acquired by streaming giant Netflix. David Leitch (Deadpool 2, Fast & Furious Presents: Hobbs & Shaw) is set to direct The Division, which has Jake Gyllenhaal (Spider-Man: Far From Home) and Jessica Chastain […] 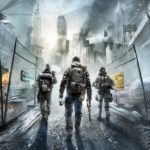 Last month it was announced that John Wick and Atomic Blonde director David Leitch will follow up his latest movie Deadpool 2 by becoming the latest filmmaker to attempt to break the dreaded “video game movie curse” with an adaptation of Ubisoft’s Tom Clancy’s The Division. Speaking to Collider to promote Deadpool 2, Leitch was […] 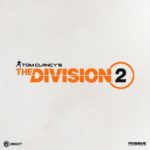 So what are you plans this weekend coming?  Garden centre? Mill about the house? Perhaps a bit of decorating?  Ever thought taking on the role of a secret government agent, running around a post-apocalyptic New York as you investigate the cause of the deadly outbreak that killed thousands, in-between dealing with wandering, violent gangs?  If […]

Ubisoft have announced that the free 1.8 Update ‘Resistance’ for Tom Clancy’s The Division will be coming to PC and consoles this autumn.  This is the largest free update for the game so far and will bring two new game modes and a brand new area to fight over.  To see more about this upcoming […] 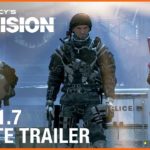 Ubisoft have announced that Update 1.7, the first of 2 free updates that Ubisoft will be releasing this year, will be released for Tom Clancy’s The Division on Tuesday.  This will be a free update featuring several new features including a new event system and new gear and will be available on both consoles and PC. […]

Calling all Tom Clancy fans who want to experience the world of The Division for yourself! Ubisoft has now announced that it will be rewarding your curiosity with a free limited trial of The Division. Within this free trail of The Division, you can get up to 6 hours, or play up to reaching level 8, […]

The Division fans prepare, as Ubisoft has announced the third expansion within the game – ‘Last Stand’ – is set for release tomorrow, Tuesday February 28th. Within Last Stand, the situation of the Dark Zone gets more depth – showing how quick the Join Task Force had to evacuate the area due to the collapse […]

The upcoming film adaptation of the 2016 video game Tom Clancy’s The Division has found its writer and director in Academy Award winner Stephen Gaghan. Ubisoft Motion Pictures announced the hire today and confirmed that Jake Gyllenhaal and Jessica Chastain will both star, with the former producing as well. Ubisoft Motion Pictures CEO Gerard Guillemot expressed his excitement […]

Ubisoft have announced that the highly anticipated Tom Clancy’s The Division Expansion II: Survival is available to purchase now on the Xbox One and PC.  This latest expansion sees a massive snowstorm settle over New York just as a chopper carrying powerful anti-virals arrives.  Watch the Survival launch trailer below… As the devastating snowstorm batters the […]