Netflix has revealed when Transformers: War for Cybertron Trilogy will premiere its second chapter, Earthrise., and its coming sooner than anticipated! Debuting a short new teaser for the second season on social media, Netflix has announced that the war will rage on from December 30th when Earthrise hits the streaming service. Watch it here…   With the Allspark […] 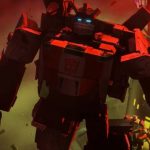