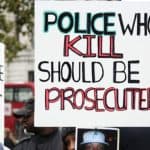 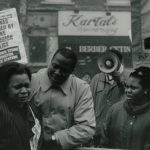 Ultraviolence, 2020. Written and directed by Ken Fero. SYNOPSIS: Since 1969, there have been over 2000 deaths in police custody in the UK. It is a frightening statistic that Ken Fero approaches with seasoned conviction. Ultraviolence employs unflinching archival footage to document the tragic and undignified deaths that took place between 1995 and 2005. Ken Fero’s […]