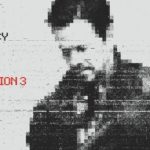 Even though there is two months to go until the film’s release, STXFilms is already moving ahead with a sequel to Peter Berg’s Mile 22. According to The Hollywood Reporter, Umair Aleem, a Black List writer who penned Extraction and the upcoming Netflix film Kate, has been tapped to write the sequel. Though it is soon to begin thinking […]