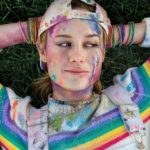 With less than two weeks to go until its arrival on Netflix, the streaming service has released a poster and trailer for Brie Larson’s (Captain Marvel) directorial debut, the comedy Unicorn Store. Unicorn Store sees Larson playing a young woman called Kit who, after being out of kicked of school, receives a mysterious invitation which […] 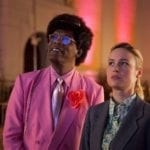 Coming hot on the heels of the blockbuster success of Captain Marvel, Brie Larson reunites with Samuel L. Jackson this April in Unicorn Store, the directorial debut of the Oscar-winning actress, which follows a woman who moves back home with her parents and receives an invitation to a store that will test her ideas of […] 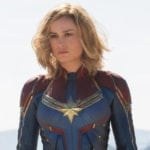 2019 is shaping up to be an enormous year for Brie Larson; not only is the Oscar-winner set to take on the role of the Marvel hero Carol Danvers in Captain Marvel and Avengers: Endgame, but she also has her directorial debut Unicorn Store incoming courtesy of Netflix. The streaming service has acquired the rights […]

Back in August it was announced that Oscar winner Brie Larson is set to make her feature directorial debut with the comedy Unicorn Store, and now we have our first casting news courtesy of The Hollywood Reporter. The site reports that Samuel L. Jackson (Miss Peregrine’s Home for Peculiar Children), Joan Cusack (Shameless) and Bradley […]

Before she takes on the role of Captain Marvel in the Marvel Cinematic Universe, Brie Larson (Room) is set to make her feature directorial debut, with The Hollywood Reporter revealing that the actress is set to helm the indie comedy Unicorn Store. The Oscar-winner will also produce and star in the project, which has been […]