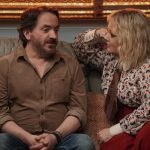 Kirsty Capes with everything we know so far about Netflix’s A Series of Unfortunate Events… If you’re like me, and grew up devouring volumes of Lemony Snicket’s macabre and witty series, you’ll be a little more than a bit excited about the announcement late last year that Netflix will be turning the thirteen-volumes-strong A Series of […]