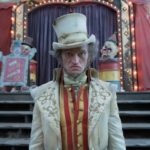 With just a week to go until the second season of Lemony Snicket’s A Series of Unfortunate Events arrives on Netflix, the streaming service has released a new behind the scenes featurette for the hit series which takes us ‘inside the worst season ever’ and includes interviews with stars Louis Hynes, Malina Weissman, and Neil Patrick Harris; […] 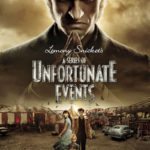 As we get closer to the second season premiere of Netflix’s A Series of Unfortunate Events, the streaming service has revealed via their Twitter a new addition to the cast: Allison Williams (Girls). Williams will star in the second season, though her role is keeping kept under wraps for the time being. Its unclear if she’ll be […]

Only a couple weeks after the arrival of the teaser [watch it here], Netflix has now released a new full trailer for Lemony Snickets’ A Series of Unfortunate Events. Premiering on January 13, 2017, the series is an adaptation of Daniel Handler’s (under the pseudonym and character Lemony Snicket) young adult novels. Check out the new poster […]

With a little over a week to go until its U.S. release, the first clip has arrived online from Barry Sonnenfeld’s upcoming comedy Nine Lives entitled ‘Moment of Privacy’ which features Jennifer Garner, Christopher Walken, Malina Weissman and Kevin Spacey as Mr. Fuzzypants; check it out here… Tom Brand (Kevin Spacey) is a daredevil billionaire at the top of his […]

Kirsty Capes with everything we know so far about Netflix’s A Series of Unfortunate Events… If you’re like me, and grew up devouring volumes of Lemony Snicket’s macabre and witty series, you’ll be a little more than a bit excited about the announcement late last year that Netflix will be turning the thirteen-volumes-strong A Series of […]

A new trailer have arrived online for the upcoming comedy Nine Lives, which is directed by Barry Sonnenfeld and sees Kevin Spacey as a billionaire father who finds himself trapped inside the body of a cat; check it out below after the official synopsis… SEE ALSO: New images from Nine Lives starring Kevin Spacey and […]

A new poster and trailer have arrived online for director Barry Sonnenfeld’s upcoming comedy Nine Lives which stars Kevin Spacey, Jennifer Garner and Christopher Walken. Check them out below… Tom Brand (Kevin Spacey) is a daredevil billionaire at the top of his game. His eponymous company FireBrand is nearing completion on its greatest achievement to […]

Earlier this month it was revealed that Neil Patrick Harris (How I Met Your Mother) is to play Count Olaf for the upcoming Lemony Snicket TV adaptation A Series of Unfortunate Events, and now Netflix has announced that it has found two of its Baudelaire children. Malina Weissman, who plays the young Kara Zor-El in […]

After news of Helen Slater (the original Supergirl) and Dean Cain’s (The New Adventures of Lois and Clark) involvement in the new CBS show Supergirl, as well as last week’s official reveal of Melissa Benoist (Whiplash) in her Supergirl costume, word has broke about who will play Kara Zor-El in her formative years. Malina Weissman, […]