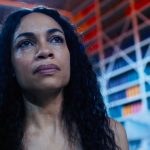 HBO Max has released a trailer for the dystopian drama series DMZ. Based on Brian Wood and Riccardo Burchielli’s DC/Vertigo graphic novel of same name, it follows Alma Ortega (Rosario Dawson) as she navigates a demilitarized zone in Manhattan in a desperate quest to find her son; watch it here… DMZ leaps off the pages […] 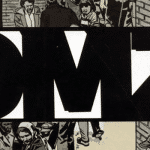