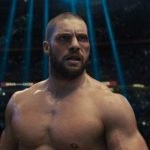 Netflix’s sequel series Vikings: Valhalla has added Creed II and Shang-Chi and the Legend of the Ten Rings actor Florian Munteanu to its cast for its second season. Munteanu will play George Maniakes, a real historical figure of the Byzantine Empire who answers only to The Emir. He joins a cast that includes Sam Corlett, Frida Gustavsson and Leo Suter. Vikings: […] 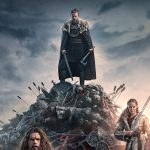 With a couple of weeks to go until its premiere, Netflix has released the final trailer for Vikings: Valhalla. A sequel series to Vikings from Jeb Stuart and franchise creator Michael Hirst, Valhalla follows the adventures of the legendary explorer Leif Eriksson (Sam Corlett), his sister Freydis Eriksdotter (Frida Gustavsson), and the Nordic prince Harald Sigurdsson […] 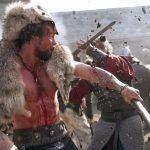 Netflix has released a trailer and images for Vikings: Valhalla, the upcoming sequel to the acclaimed historical drama. Set a century after the end of Vikings, the show follows the adventures of the legendary explorer Leif Eriksson (Sam Corlett), his sister Freydis Eriksdotter (Frida Gustavsson), and the Nordic prince Harald Sigurdsson (Leo Suter); take a […] 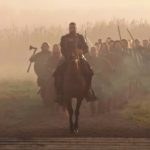 Less than a year after Vikings left History Channel, Netflix is gearing up for a sequel series. During Netflix’s TUDUM: Global Fan Event, the streamer unveiled its very first look at Vikings: Valhalla. Check it out here… Vikings: Valhalla stars Sam Corlett as Leif Eriksson, who, according to Viking lore, sailed to North America five […] 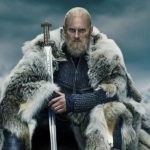 As the sixth and final season of History Channel’s Vikings approaches, word has come that a sequel series has officially received the green light. According to Variety, Netflix has picked up Vikings: Valhalla in a story that will be set 100 years after the conclusion of Vikings. The series comes from Vikings creator Michael Hirst with screenwriter Jeb Stuart serving as […]