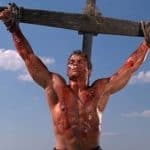 Tom Jolliffe looks back at the early Jean-Claude Van Damme starrer Cyborg… April 7th, 1989. Hot off the monster success of Masters of the Universe, which went off as initially budgeted and without hitches, a sequel was released… or so what could have happened in theory. As it was, the Dolph Lundgren-headlined Masters of the […]