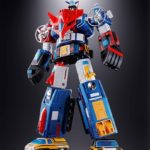 Sideshow and Bandai have unveiled the Soul of Chogokin edition GX-88 Vehicle Voltron (Armored Fleet Dairugger XV) collectible set which is available to pre-order now, priced at $340.00; check out the promotional images… SUPPORT FLICKERING MYTH: Order via Sideshow Collectibles Fifteen vehicles combine into one massive robot! A long-awaited Soul of Chogokin edition of the globally […] 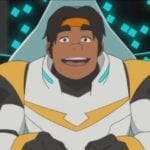 DreamWorks Animation’s Voltron Legendary Defender came to an end this past December with the release of its eighth and final season on Netflix, and during an interview with Flickering Myth’s Red Stewart to discuss his new film Escape Room, voice actor Tyler Labine (Hunk) has shared a few words about his casting in the reboot […] 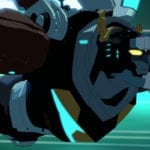 Coinciding with its arrival on Netflix, a new trailer has been released for eighth and final season of DreamWorks hit animated series Voltron: Legendary Defender; watch it here… After saving the Earth, the Paladins embark to prevent Honerva from setting into motion her deadliest plan yet. It’s a race against the clock as the Voltron Coalition gathers […] 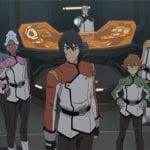 With just two weeks to go until the eighth and final season of Voltron: Legendary Defender arrives on Netflix, DreamWorks has released a new trailer for the hit animated series; check it out here… “We are incredibly proud to bring the story of Voltron Legendary defender to a close with the 8th and final season,” said executive producers […] 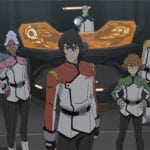 Today at the New York Comic Con, a teaser trailer was released for the eighth and final season of Dreamworks’ animated series Voltron: Legendary Defender which arrives exclusively on Netflix on December 14th; watch the trailer here… After saving the Earth, the Paladins embark to prevent Honerva from setting into motion her deadliest plan yet. It’s […] 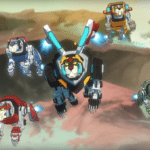 With less than three weeks to go until Voltron Legendary Defender season 7 arrives on Netflix, a new trailer was revealed at San Diego Comic-Con for Dreamworks’ animated series which you can watch here… SEE ALSO: LEGO Ideas Voltron set officially unveiled With Lotor defeated and Shiro recovered, the Paladins are finally able to set a […] 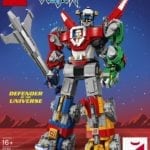 The LEGO Group has released a batch of promotional images for its LEGO Ideas Voltron set, which consists of 2,321 pieces, making it LEGO’s biggest ever buildable mech. The Legendary Defender, priced at priced at $179.99, is set to go on sale July 23rd for VIP members, followed by a general release on August 1st. A […] 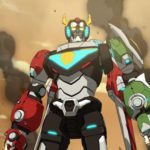 With a little over two weeks to go until it arrives on Netflix, a new trailer and batch of images have arrived online for the fifth season of DreamWorks’ animated series Voltron Legendary Defender; take a look below… “Shocked by Prince Lotor coming to their rescue in the fight against the evil witch Haggar, the Paladins […] 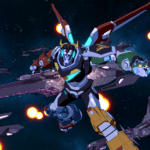 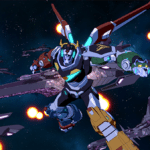 The fourth season of DreamWorks’ Voltron Legendary Defender is set to hit Netflix on October 16th, offering up six all-new episodes of the animated series, and we’ve got a trailer for you right here… With Shiro back at the Castleship, Keith makes a choice that causes a rift between him and Team Voltron. As Allura […]