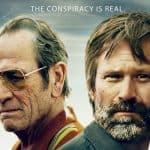 Saban Films has released a poster and trailer for the mystery thriller Wander. Directed by April Mullen, the film stars Aaron Eckhart as a mentally unstable private investigator who believes his latest case is linked to the same cover up that caused the death of his daughter. Joining Eckhart in the cast are Katheryn Winnick, […]