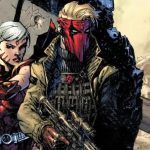 DC Comics celebrates three decades of Wildstorm this week with the release of the super-sized 100-page Wildstorm 30th Anniversary Special #1, and you can check out the official preview below… In 1992 Jim Lee changed the course of comics history with the founding of WildStorm Productions, which would revolutionize the business and launch the careers […]

FOX is looking to branch out beyond Gotham, with Deadline revealing that Warner Bros. Television has been given a pilot production commitment from the network for an adaptation of Warren Ellis’ sci-fi series Global Frequency, which was published through DC’s Wildstorm imprint. The pilot will be written by Rockne S. O’Bannon, creator of Farscape and […]