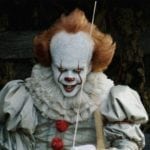 Days after James McAvoy officially announced that production is underway, Deadline is reporting that New Line Cinema’s horror sequel It: Chapter Two has added Xavier Dolan (Boy Erased) and Will Beinbrink (Queen of the South) to its cast. Dolan is set to portray Adrian Mellon, a gay man living in Derry who is the victim […]