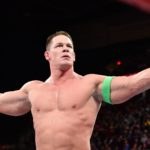 While John Cena may not be returning to the wrestling ring anytime soon, the wrestler-turned-actor is coming back to WWE in another way as news broke today that Cena will create, produce and narrate a new Peacock series called WWE Evil. The show is described as a “psychological exposé into the minds of the most […]