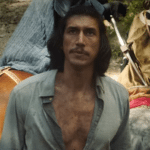 After finishing up in the galaxy far, far away with December’s Star Wars: The Rise of Skywalker, Adam Driver has now signed on to reunite with his Midnight Special director Jeff Nichols on Yankee Comandante. Variety reports that the project is based upon an article in The New Yorker from David Grann, which told the […]