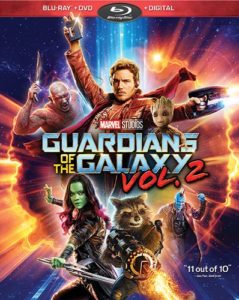 Guardians of the Galaxy Vol. 2 continues the adventures of the intergalactic team that was introduced to the cinematic Marvel Comics universe three years ago. 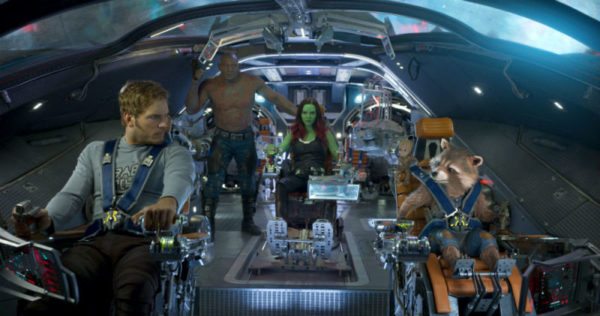 At its heart, Guardians of the Galaxy Vol. 2 is a movie about family. It opens with a young, CGI-ified Kurt Russell on 1980 Earth showing his girlfriend a space plant he has placed in the soil behind a Dairy Queen. If you’re guessing he probably has something to do with the back story of Earthling Peter Quill, leader of the Guardians of the Galaxy, you wouldn’t be wrong.

In the present day, the Guardians have been tasked with protecting the powerful batteries owned by the alien race known as the Sovereign. The deal is that if they defeat the monster that shows up, the Sovereign will give them Gamora’s sister, Nebula, who was caught trying to steal them. The battle takes up the film’s opening sequence, but in a nice twist, we see most of it from the edges, while baby Groot dances to a song by ELO. 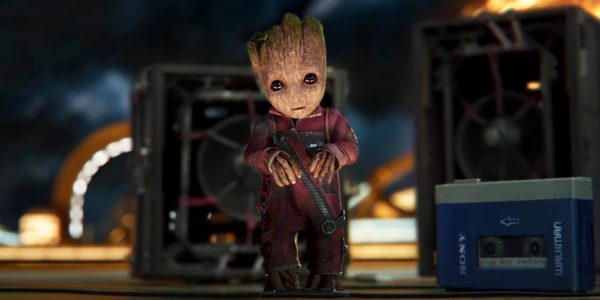 Of course, the Guardians aren’t conventional good guys, and it turns out that Rocket swiped a few of the batteries for himself. That brings the Sovereign after them, but a mysterious ship helps them escape. They crash land on a planet and their enigmatic protector arrives soon after, revealing himself to be Ego, a Celestial who’s actually Peter’s father.

Meanwhile, Ayesha, leader of the Sovereign, hires Yondu, who raised Peter, to capture the Guardians and get the batteries back. That sets the stage for an inevitable clash, while Ego reveals that he’s not who he first seemed. Is there an over-the-top climax? Of course. Is the “Family isn’t necessarily blood” theme one that’s been done plenty of times before? Sure, but this isn’t Citizen Kane. 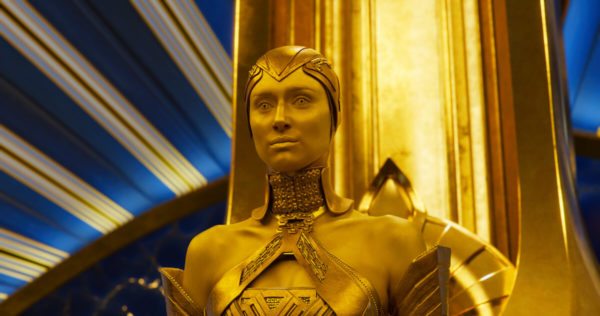 Guardians of the Galaxy Vol. 2 takes what was great about the first movie – the humor, the retro soundtrack, and the interplay between the characters – and twists the dials on all those elements. There are plenty of laugh-out-loud moments, particularly ones involving Groot. For example, the scene where Rocket is trying to explain to Groot which button to push on a time bomb, and then asks Peter if anyone in the battle has any tape so he can cover the wrong button, is funny despite its reliance on the same notes.

I also admit that as a member of Generation X, the film’s many retro nods push all the right figurative buttons too. The music in particular is like a trip back through my junior high and high school days. And if you could have gone back about 30 years and let me know how Marvel’s comics would have been realized cinematically some day, I probably would have looked at my TI-99/4a computer and laughed at you. But I would have sought you out today and thanked you for tipping me off. 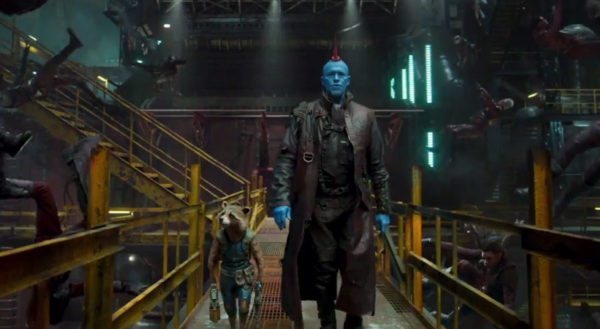 On the “What wasn’t I particularly thrilled with?” front, I admit I had a few nitpicks, starting with the young Kurt Russell, who, like CGI Peter Cushing in Rogue One: A Star Wars Story, didn’t quite look right. Perhaps my subconscious brain knows that there was no way for younger versions of either of those actors to appear in those films, so I conscious brain has a knee-jerk reaction to them.

I’m also not a big fan of the “characters walking in slow-motion while a cool song plays” thing, which is used at least twice in this movie and has become overused in general. And there are a few “Hang on a minute…” moments, such as when the Ravagers leave Yondu’s spare head fin in an easily accessible spot and the fact that Ego is a god (“little ‘g,’” he says) but he doesn’t realize a bomb has been attached to his brain.

But, yeah, those are minor things, and in the end, Guardians of the Galaxy Vol. 2 is a fun romp through the cosmos that left me looking forward to Vol. 3. (No, I’m not hoping any PR people want to quote that.)

This home video release includes the film and its bonus features on Blu-ray, along with a DVD with the movie and a code for a digital copy. The bonus features aren’t that in depth, but they’re adequate. They include:

The package promises a “Guardians Inferno” music video with David Hasselhoff, but I couldn’t find it on the disc. However, it is one of the extras included with the digital copy of the movie, which has a few other bonus features not on the Blu-ray either, like some visual effects tests.