Ricky Church reviews the sixth episode of Marvel’s The Defenders…

‘Ashes, Ashes’, the sixth episode of The Defenders, had several surprising developments to the story, but ultimately slumped a little bit. There were still some good character moments, but the episode fell back on some regular tropes of the genre, one of which was already used in the series, that hindered the story as well as a bit of repetition on The Hand’s motives. 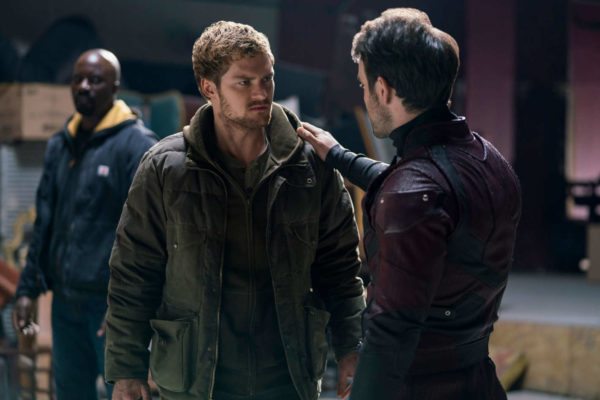 To start with the positives, the character work in this episode was great between the four heroes. Splitting them up into pairs was a nice touch. It allowed us to spend time with them almost one-on-one rather than with the group at large, especially after ‘Royal Dragon’ and ‘Take Shelter’ kept them together through most of those episodes. Seeing Jessica and Matt spend time together, trying to solve a mystery no less, was cool and further evidence that Krysten Ritter and Charlie Cox have great chemistry together.

Luke Cage and Danny Rand also got some one-on-one time, though probably not in the way either of them wanted as Danny was a ‘captive’ and Luke his watchdog. Despite the circumstances of the situation, the pair did get to know each other a bit better. One humorous moment was Luke’s reluctance to hear about Danny’s training in K’un-Lun (and Mike Colter’s facial expression on hearing Danny fought a dragon). Finn Jones really showed off his chops here and comes across best when speaking to Colter in these individual scenes. I’ve said it before, but he seems much more comfortable in the role of Iron Fist in The Defenders than he ever did in his own show by quite a large degree. 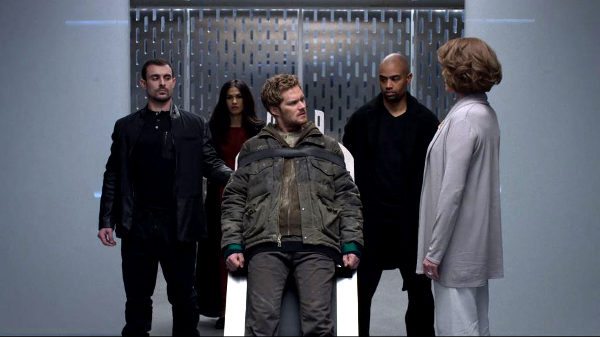 However, not everything about ‘Ashes, Ashes’ was great. As I said, this episode relied more on tropes and shocks than it did the story or even the character moments. The Defenders had a bit of a tough choice as they wanted to keep Danny safe and out of The Hand’s, well, hands, but risked sidelining one of their heavy hitters in the fight. This led to a pretty typical hero vs. hero fight as Danny tried to fight all of them, but we already had a scene like this in ‘Mean Right Hook’. It just seemed like we were getting a variation of the same fight, and the logic behind Danny’s or Matt’s choices here weren’t quite as well-defined as they could have been.

Now that we’re also two episodes away from the ending, this should be the point in time where The Hand’s plans become a little clearer, but it’s literally more of the same. It seems like every episode has just kept mentioning their need to get home. It’s not that the objective lacks any solid motivation, but it’s almost become a bit of a broken record at this point as the members of The Hand keep repeating that. We also have just as little information on Elektra’s role as The Black Sky and what exactly her powers are as we did in Daredevil‘s second season. They’re murky at best.

We did get a couple surprising developments though, one I was somewhat expecting and another I was not, in the form of two significant deaths. Stick’s death seemed a foregone conclusion for a while as something was needed to further emphasize how far down Elektra had gone, and Scott Glenn’s gruff mentor will be missed, but the death of Sigourney Weaver’s Alexandra was a real surprise. She was built up as the main antagonist for The Defenders, but she was betrayed by Elektra just as the endgame approached. It’s a surprising and very risky move for the show, not just because of Weaver’s star power but also because of how committed to the role she was. Killing off the main villain so close to the series’ finale is surprising, but also off-putting. Hopefully Elektra and the other Hand members can live up to her legacy, but its a bit doubtful.

‘Ashes, Ashes’ wasn’t a terrible episode, but still the weakest one so far because of its reliance on generic tropes and some repetitious motives. Fortunately it was saved by some great character work and acting from the principal cast and hopefully they can keep this momentum up with the final two episodes.