Just a few days ago console fans of 7 Days to Die were treated to the news that Summer Update number 2 was on it’s way, from that point on we were all riding the hype train and getting totally excited for the new POIs and traders that were coming our way.  Now, the hype train is in full throttle as The Fun Pimps, Iron Galaxy and Telltale Games announce that this update will be arriving at midnight PST, which is 7am UTC/GMT Sept 6th.  We have also been treated to a few new screenshots, which you can find below…

This new update will bring the highly anticipated traders to the game.  Running short of ammo and can’t be bothered to loot the brass needed for it just go see the trader, it’s a quick fix solution.  Along with traders we will get a revised mining set up, vending machines, lots of new POIs and a slightly altered and enlarged Navezgane map to incorporate mountain ranges and a canyon.

Want to see what some of these new features look like then check out the screenshots: 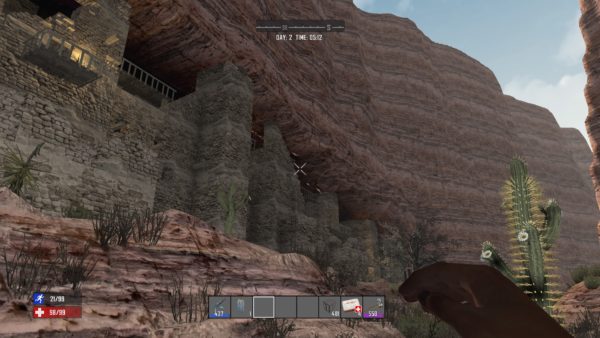 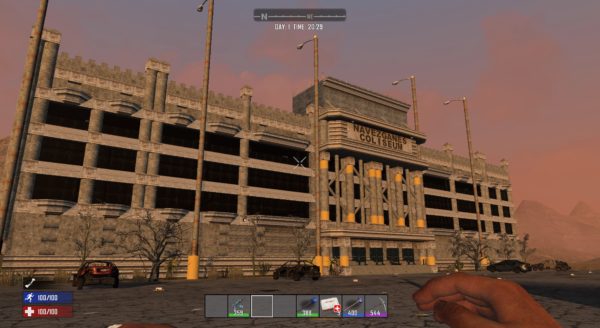 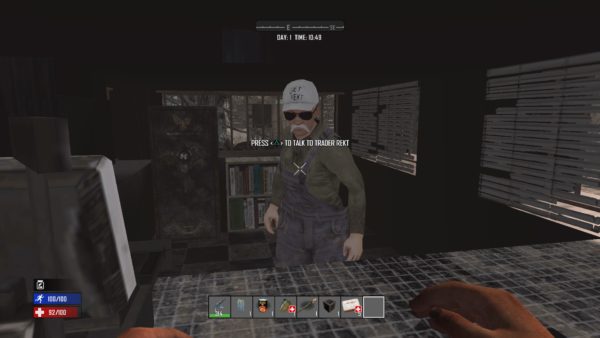 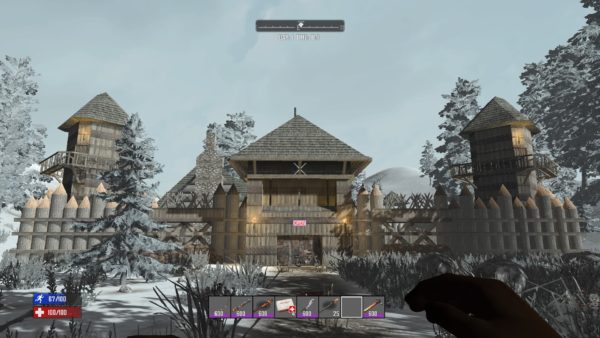 Check out the Update notes below to see what else is coming in the second summer update.

Traders
Traders have moved into zombie country and set up shop! They carry a variety of products, some of which you cannot get anywhere else in the game. They live in indestructible compounds that are open during daylight hours (6:05 – 21:50) and closed after dark. Players loitering inside the compound after close of business will be kicked out (aka automatically teleported outside of the compound).

Beverage vending machines can be found at various locations and POIs. You can buy items from them using Dukes Casino Tokens but cannot sell items. The choice of items is limited to food and drink.

Rentable Vending machines can be rented for a fee (2500 Duke Tokens). The rent lasts 30 days. During this time, the Player can add items from his or her inventory to the vending machine. Prices can be increased above Standard Price or reduced (down to 20% of Standard Price). Other players in a game can purchase items from rented vending machines and, sometimes, sometimes items will be “bought” by NPCs (NPCs in this regard exist only as buyers; they can’t be seen or interacted with). Note that upon expiration of rent, all items still in the machine are lost!