Calum Petrie reviews Dishonored: The Peeress and the Price #1… 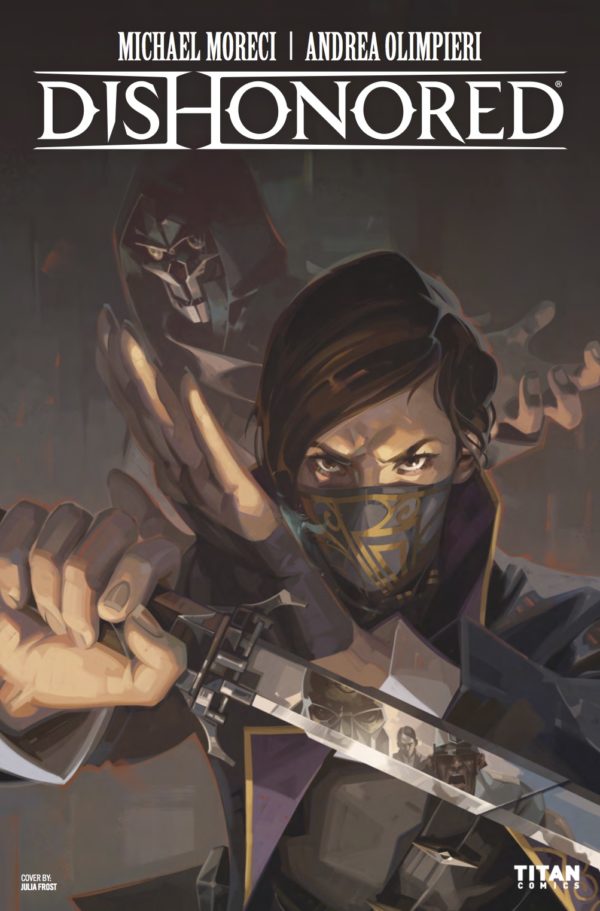 This new instalment of the wonderful Dishonored franchise takes us back into the wonderfully dark and twisted world and vengeance and deceit. The returning characters of Corvo Ortanno and Emily Kaldwin are back to once again return piece to the pit of chaos that is the city of Dunwall. The threats to Emily’s crown are two fold this time, one from a purely political standpoint and one from a roaming band of murderers and agents of chaos. The two sides of our protagonist Father and Daughter combo have more than their work cut out for them.

Fans of the games will notice that some of the choices were made differently from what you might have experienced in the games. However, the story is a very by the numbers Dishonored piece, where a threat comes along and the mark of the outsider is giving the two leads the power to conduct their own investigation into the wrong doings of Dunwall, though an event at the end of the issue has Emily temporarily incapacitated while their by the numbers plan starts to go awry. The issue has a somewhat explosive ending and leaves this on a cliffhanger which redeems a very by the numbers story.

The art style within the issue lends itself very nicely to the dank and dreary back drop of Dunwall, and delivers it in an extremely stylish manner. Violence and gore are expected within the Dishonored stories, and though there is never a “tasteful” way to deliver gore, the artists certainly did not leave much to the imagination of the reader in this issue.