Sideshow and Iron Studios has unveiled the upcoming Punisher Legacy Replica statue. The Marvel collectible comes with several interchangeable pieces including two head sculpts, and is available to pre-order now, priced at $699.99; take a look at the official promotional images here… 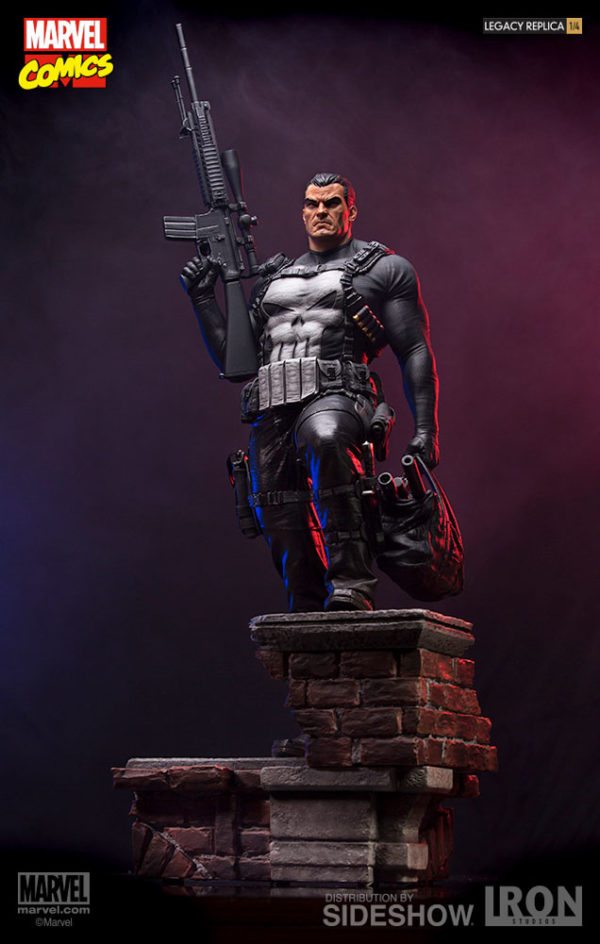 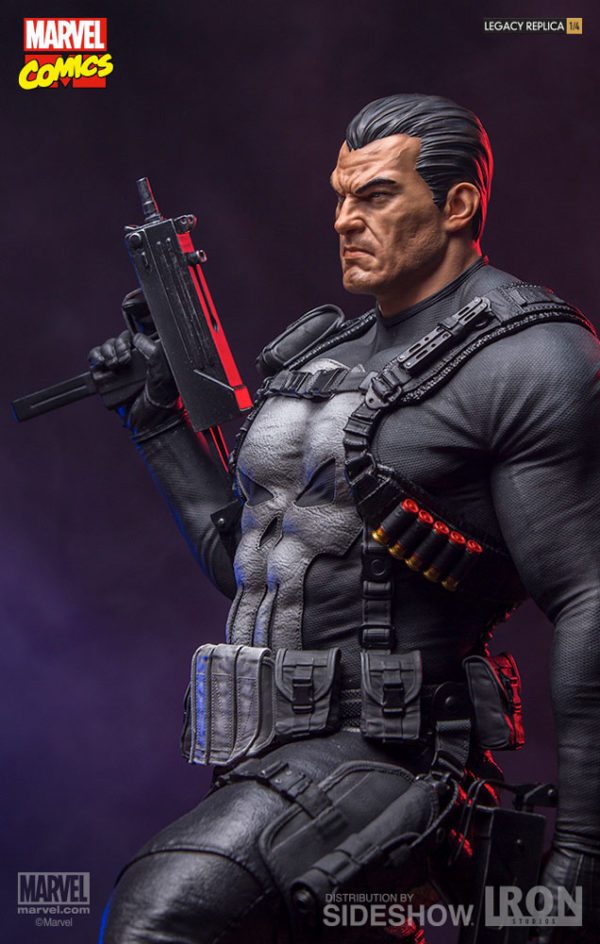 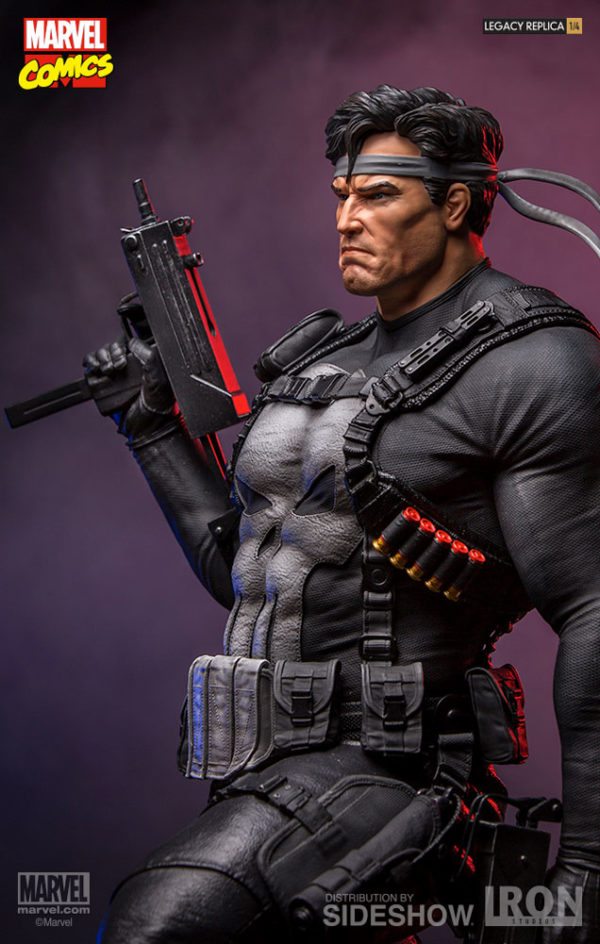 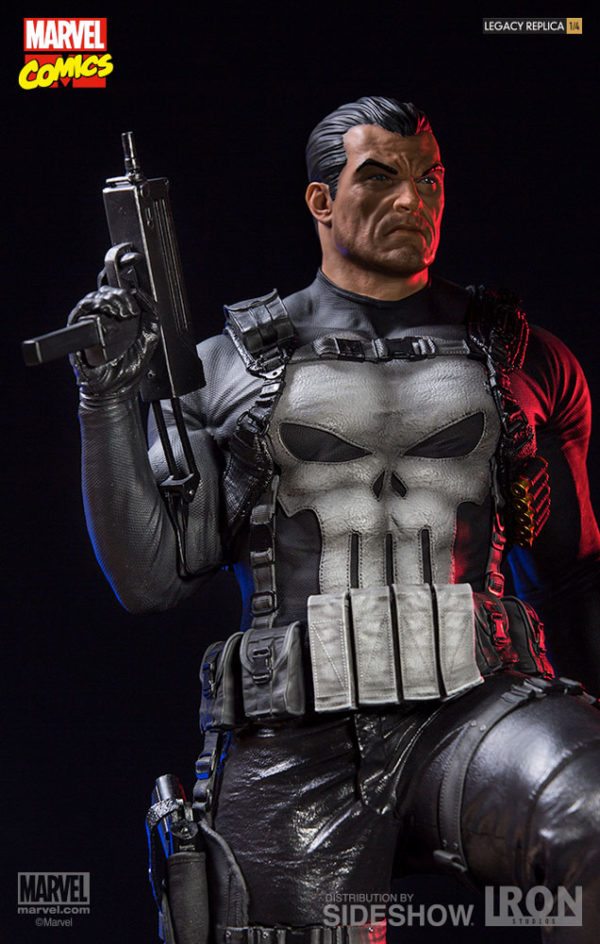 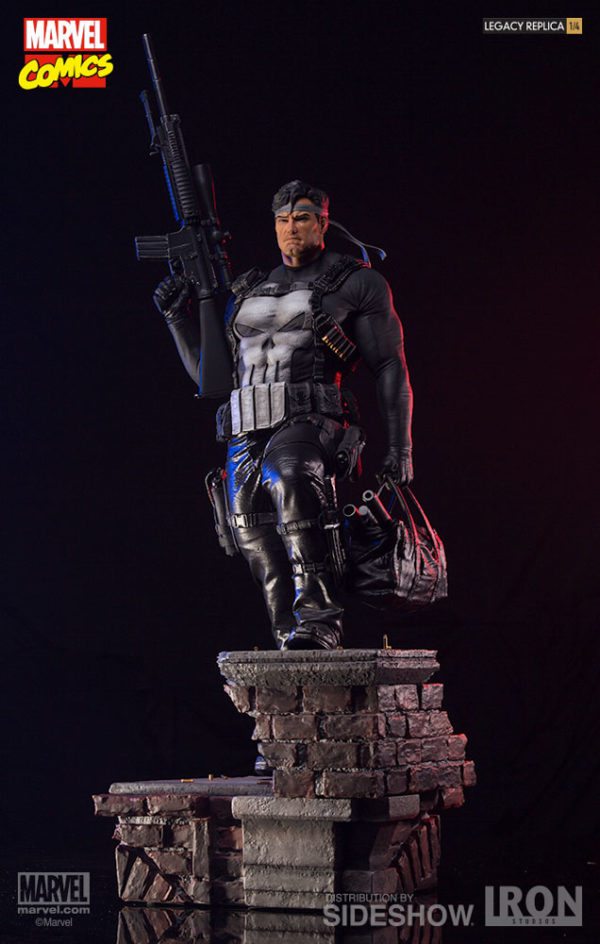 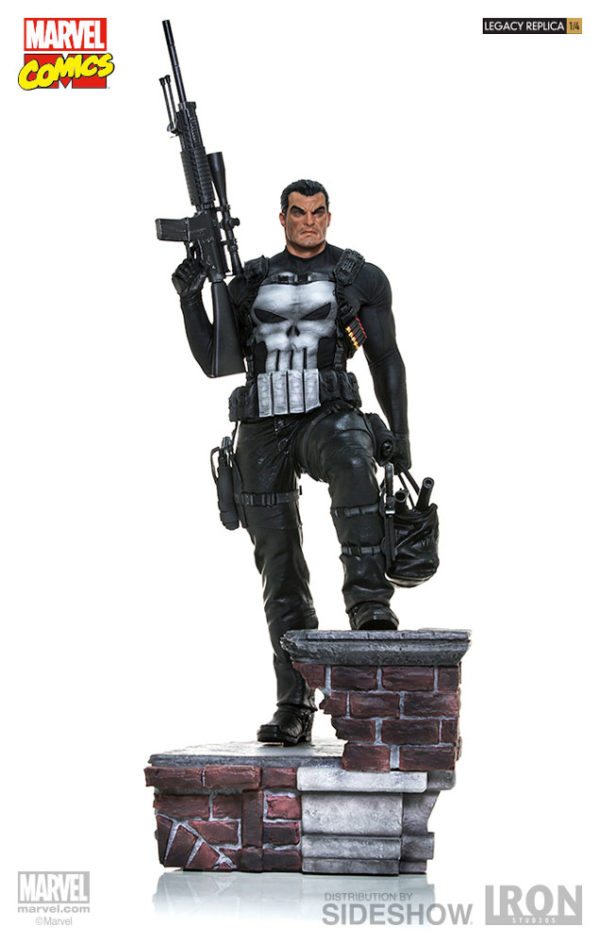 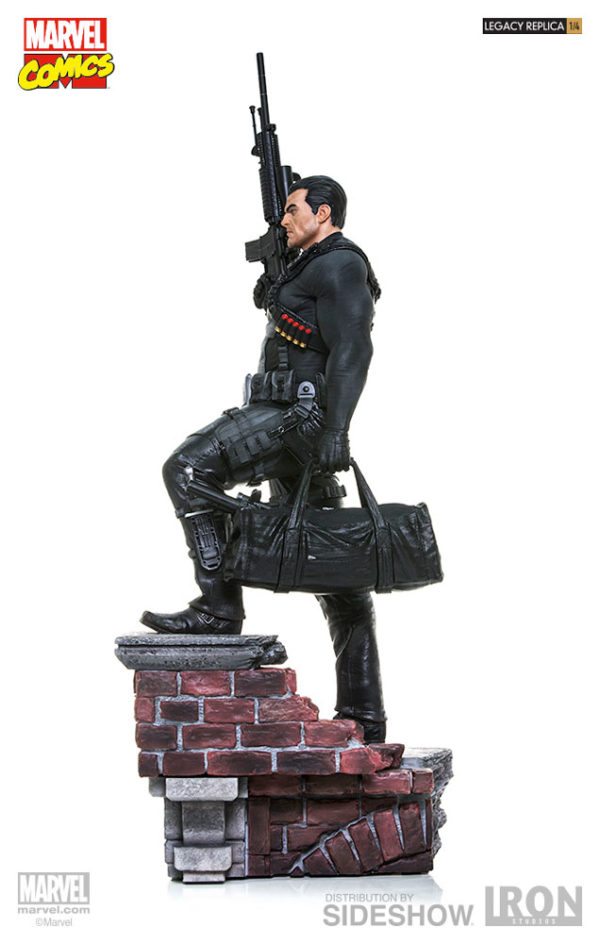 Born in New York, Frank Castle enlisted with the U.S. Marines and was decorated with numerous medals. Shortly after his duty, his family was murdered by a powerful crime family in New York’s Central Park. With no help from the police to get justice for his family, he emblazoned his armor with a symbol of death’s head and exacted his revenge. Since then he has fought crime as The Punisher.

Sideshow and Iron Studios are proud to present the Punisher Legacy Replica. This quarter scale statue stands approximately 28 inches tall and features two heads, interchangeable hands with weapons, and a base with magnets to attach empty cartridges from the firearms.

Don’t miss your chance to add The Punisher to your collection!