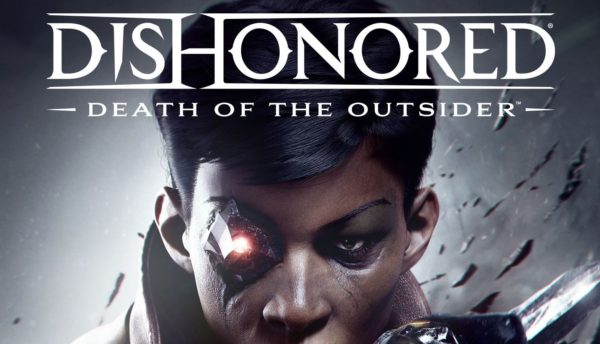 Dishonored: Death of the Outsider is the latest entry in the deceitful and twisted Dishonored franchise, and has once again been created by the talented team at Arkane Studios and published by Bethesda.

The story of this game follows Billie Lurk (voiced by the talented Rosario Dawson), an apprentice of legendary assassin Daud and the ship captain of the Dreadful Wale. The game is set after the events of Dishonored 2 and has Billie reuniting with Daud, who is once again voiced by the legendary Michael Madsen. This time the team are pairing up to take down the shadowy figure behind the curtain, the one who creates the chaos for no other reason than his own amusement – the Outsider.

The game itself feels less like a whole new title within the series and more of a grandiose DLC for Dishonored 2. The city of Karnaca is still the major focus of the games setting and the engine is the once used in last year’s Dishonored 2. Death of the Outsider does bring back a more nostalgic note where players are once again reunited with characters from arguably the best part of the original game, The Knife of Dunwall DLC. Though the aged and fragile frame of Daud is almost like watching an old favourite wrestler or TV personality get old before you are ready to see them go. The motivation for the pair’s mission is plain to see, the years of being gifted with the powers of the void have left Daud a very resentful man. The gift took its toll on the man and if he can do one thing right with his life he wants to put an end to the greatest puppet master of the all. 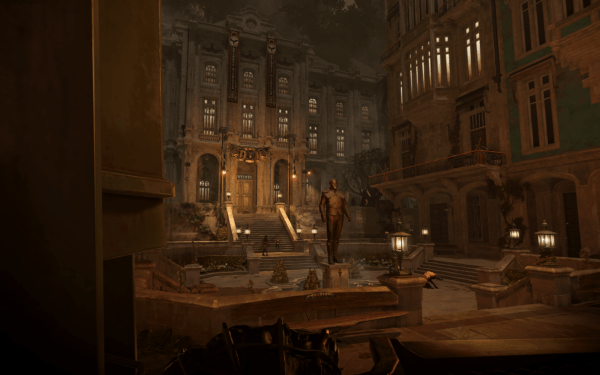 Missions are not always the longest though for the completionists in the world – I know there are a few of them around the place. If you happen to stop upon a Black Market shop there will be side missions to complete which in turn give players more money, allowing the upgrading of your character. The side missions do add a nice little touch but on my first play through I tended to ignore them in favour of completing missions and heading for the end game.

The game plays exactly like a Dishonored game always has; the combat is fluid and elegant while giving players plenty of choice on how to navigate and encounter obstacles. This time though there are some twists to the formula where players have a refilling mana bar instead of requiring tinctures and potions to recover lost energy. Health still works the same and potions and food are required to replenish any lost vitality, though the magical abilities are slightly different this time around.

The main spells are Displace, Foresight and Semblance; each of these powers is unique to Billie and has not been seen before in any game to date.

Death of the Outsider is a must own to any fan of the series, though I will warn anyone looking to venture into this story arc. The enemy soldiers are denser in the city streets which made the game a lot more tactical and troubling to traverse. This in turn made the game feel more solid and challenging, and also a lot more frustrating. This resulted in me questioning whether or not the challenge was the game itself, or just the sheer number of NPC’s I have to plan me route my way around. 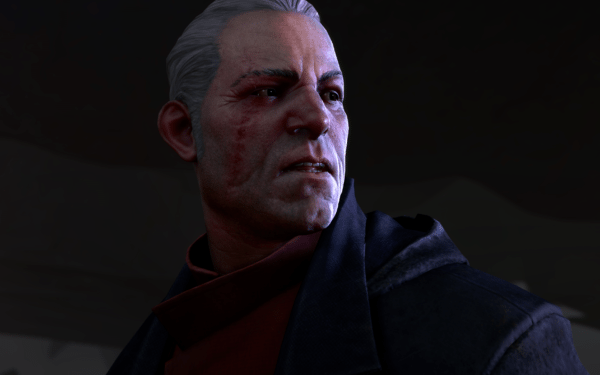 In summary Death of the Outsider is not the finest outing from the Dishonored series, but it is a very good game and challenging. Players may get frustrated and annoyed but rewarded with more time with fantastic characters and an art style that borders on the ridiculously pretty.