Back at the end of August indie developer Fatshark announced Warhammer: Vermintide II with the promise that they would do a worldwide reveal on the 17th October.  Well, true to their word they have revealed lots more details plus a gameplay trailer for this highly anticipated sequel.  Watch this new trailer below… 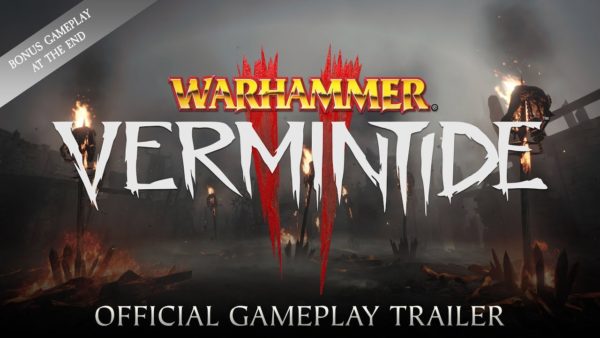 Warhammer: Vermintide II once again takes players into a stunning world of Warhammer and introduces the dark and twisted forces of Chaos as an enemy faction.  This first person co-op title will include 15 hero careers to try out, new environments to fight through, talent trees, brand new weapons and the Heroic Deeds System.  There will also be an improved loot system for players to explore.

“Vermintide II is the evolution of the genre. If you liked the first game, you’ll love the second…. We have listened to the community, analysed hours and hours of online playthroughs, and combined this with our passion for co-op games to bring you the very best experience possible.” says Martin Wahlund, CEO of Fatshark.

Players can expect to get their hands on Warhammer: Vermintide II in the first quarter of 2018.  PC gamers can pre-order the game now on Steam for a bonus 10% discount, access to the pre-order beta and the upcoming DLC for Vermintide, Death on the Reik.