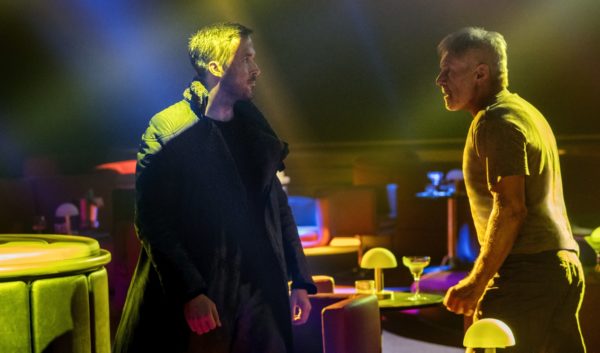 With the advance word on Blade Runner 2049 good, with some saying it’s at least the equal of the original (read our review here), it’s got me thinking why so few sequels surpass the first film.

In theory, it should be simple; you don’t have to introduce the characters, their relationships and the setting of the movie. In place of exposition, you should have excitement. It rarely works like that, of course. You might not have to introduce all the characters, but the equilibrium reached at the end of the first film has to be disrupted, and more often than not a sequel does it in an unnatural, unbelievable way.

When a second film is greenlit, it faces an uphill struggle; given that the original film was so good it demanded a sequel it’s all too often impossible to live up to. The Empire Strikes Back is often given as the classic example, but that’s only because it’s dark. It doesn’t work as a stand alone film. Growing up I preferred Return of the Jedi, with the Battle of the Great Pit of Carkoon and its happy ending. Don’t pretend you hate the Ewoks.

Screen writing guru William Goldman calls sequels whore’s movies. He’s not talking about Klute, Pretty Woman, or the sort of films I hear you can watch on websites that you’re banned from accessing at work. They crank it out to cash in on the first film rather than being done with any love. There are franchises that ebb and flow and flip from good to bad to indifferent. Too often films have sub par sequels before coming good and rounding off the trilogy well, but it’s rare that the second film is the best.

James Cameron is the master of the superior sequel; in my opinion Aliens surpasses the original – I bet you good money you can quote more lines from that than Ridley Scott’s original film. Terminator 2 is arguably better than the first film too. Why he didn’t make a second Titanic film I’ll never know. It bodes well for the Avatar sequels, though it wouldn’t be hard to better the first execrable  film.

With Blade Runner it helps that the original had a particularly problematic production; a couple of different screenwriters, a tacked on voice over and thrown away footage from a Stanley Kubrick movie is not a prestigious place to start, and there is only so much a couple of different sessions in the editing suite can do. It was always going to be a polish rather than a rebuild. Blade Runner 2049 has had decades to gestate; it’s not a cash in but a film done because people wanted to make it rather than make money from it.