Following the image, Thor: Ragnarok star Tessa Thompson revealed that the actresses had pitched an all-female Marvel team-up movie to Marvel Studios chief Kevin Feige that same day, and now Karen Gillan has elaborated on said pitch during an interview with IndieWire to promote her new film Jumanji: Welcome to the Jungle.

“I had no idea when we were taking that picture that it would sort of break the internet a little bit. Brie Larson was like, ‘We should go up to Kevin Feige and tell him to make an all-female Marvel movie,’ so we all marched up there in a group, a whole herd of us, and said that to him. He was like, ‘Yeah, that would be amazing!’ but he didn’t really commit to it, but he thought it would be a great idea. Now is the time, more than ever – look at the success of Wonder Woman. It’s clear that we all want that.”

Do you want to see Marvel’s female stars teaming up for their own movie? How could it work story-wise? Let us know in the comments below… 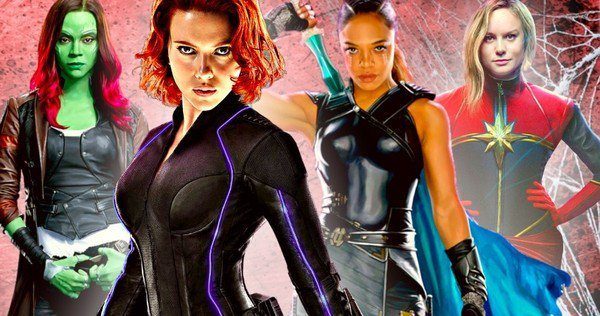