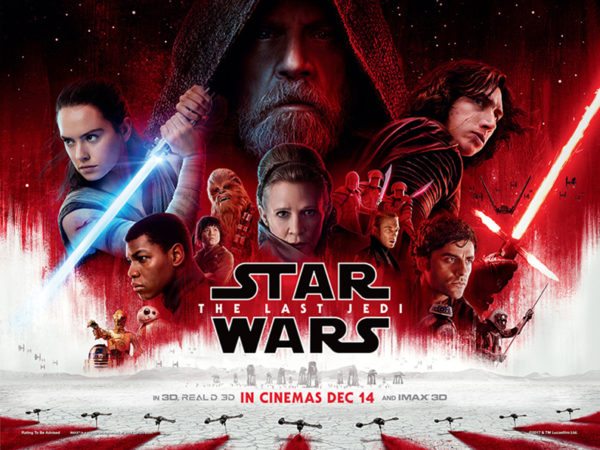 Well, has there ever been a more divisive Star Wars movie? Upon its release Star Wars: The Last Jedi was showered with praise from critics (myself included) and was set to be hailed as one of the best Star Wars movies ever made. And then people saw it. Some liked it, some thought it was fine, and a very vocal minority HATED it. Some hated it to the point of launching a petition to have it stricken from canon. Can you even imagine that? What’s interesting about Star Wars: The Last Jedi is that it topped three of our writer’s lists, which is more than the next two entries in the list. The first of which didn’t top any lists…

Besting Rian Johnson’s eighth outing in the galaxy far, far away by just nine points is J.J. Abrams’ Star Wars: The Force Awakens, which again finds itself in fourth place in the Flickering Myth rankings. This writer felt that the release of Star Wars: The Last Jedi would affect the film’s placing in the rankings, but the writing staff disagreed! While it didn’t top any writer’s lists, Star Wars: The Force Awakens was high enough across the board that it was only six points off taking third place.

Twenty-five writers voted in this 2017 edition of Ranking the Star Wars Universe, and Star Wars: Episode V – The Empire Strikes Back topped seventeen of their lists. With that kind of voting, one has to wonder if any film will ever dethrone the much-beloved Irvin Kershner film! The battle on Hoth, the introduction of Yoda, Luke’s showdown with Vader, Cloud City. There’s so much to love in Star Wars: Episode V – The Empire Strikes Back, and it’s easy to see why it’s top of our list for a second year running.