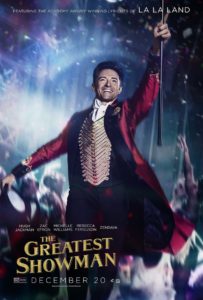 The Greatest Showman is the tale of entertainment revolutionary P.T. Barnum (Hugh Jackman) and the extraordinary lengths he went to bring spectacle to the masses in the face of financial and societal pressure. With a young family at home, and an even bigger one in his groundbreaking circus, Barnum pushes the boundaries in order to prove himself, sometimes to the detriment of those closest to him. Ladies and Gentlemen, welcome to the singing, dancing, trapeze swinging showbiz origin story. 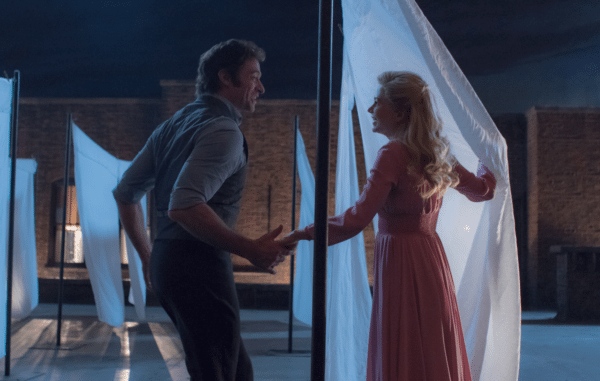 The most impressive feat that The Greatest Showman achieves is in how despite any preconceptions you might have about musicals, even in a year in which we’ve had La La Land, or the worrying X-Factor finale vibe you might have got from the trailer, from the moment Hugh Jackman is confidently silhouetted against the circus background, offering up “ladies and gents this is the moment you’ve waited for” as his 18th Century Justin Timberlake style ringleader, you’re in, all the foot-stomping way.

The opening is a bold move, throwing you straight into the high production razzmatazz that’ll permeate Michael Gracey’s old-school musical, but it undeniably works. It sets that bar, so that when a young Barnum (played by Ziv Zaifman) begins belting out A Million Dreams in that impromptu fashion that can sometimes alienate non-musical fans, you’re already up to speed with the rhythm of the film you’re about to watch, and can’t wait for the next tune.

This wouldn’t work without the cast though, and as much as Logan was the role that Hugh Jackman felt born to play; you feel that this is the one he’s been itching to embody since those early days of Oklahoma on stage. His enthusiasm is infectiously transferable, not just the effort he puts into the rigors of the choreography, but as one of those classic Hollywood dreamers, whose inevitable fallibility makes them easy to root for.

Joining him for the curtain call bow are Michelle Williams, who drifts in-and-out of the film, but gets her moments to shine. Zac Efron, returns to his High School Musical roots with aplomb, reminding everyone what a decent actor he can be when not messing about in frat movies. Of the performance artists, as the bearded woman Keala Seattle is emotion manifested, combining powerful singing with a brittle persona, it’s no surprise that she gets the signature song, This is Me to belt out. 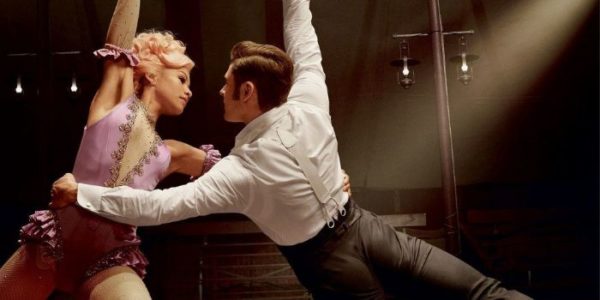 Of the original songs, written by La La Land collaborators Benj Pasek and Justin Paul, there is enough of a stylistic variation for everyone to have their personal favorites; from the classic movie musical sounds of Tightrope, to the more generic pop ballad boredom of Efron and Zendaya’s Rewrite the Stars. The standout worth throwing a rose at the feet of is Rebecca Ferguson delivering a knockout mid-movie number that’ll have your geese pumping.

Obviously The Greatest Showman won’t sweep everyone up with its ticker tape parade extravagance, and it is a hugely predictable film. You might be surprised by the musical beats, but you’ll see the narrative ones coming a mile away. However, should you find yourself in the audience, we’ll bet your top hat that they’ll be foot-tapping within the first five minutes.