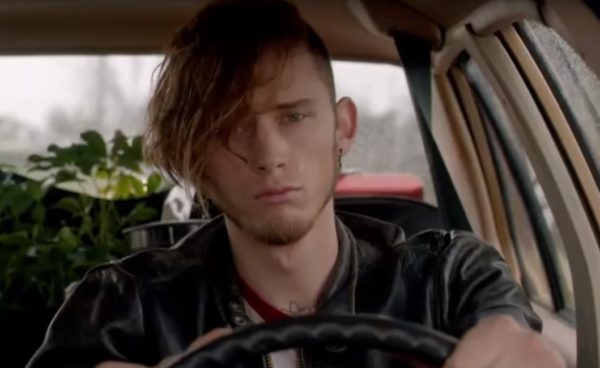 Variety is reporting that Netflix has found its Tommy Lee for the Motley Crue biopic The Dirt, with rapper Machine Gun Kelly (a.k.a. Richard Colson Baker) set to portray the band’s drummer alongside the previously announced Douglas Booth (The Limehouse Golem) as Nikki Sixx.

The film is based upon The Dirt: Confessions of the World’s Most Notorious Rock Band, the autobiography of the legendary rock band penned by Vince Neil, Tommy Lee, Mick Mars and Nikki Sixx and author Neil Strauss. Jeff Tremaine (Jackass) is directing the movie, which will explore the band’s rise during the 1980s and the hedonistic lifestyle that ensued.

Motley Crue formed in 1981 and the band played their final show on New Year’s Eve 2015. Along the way, they sold over 100 million records, becoming one of the biggest-selling musical acts of all time.