Machinima and Hasbro have released a new poster for the final chapter in The Prime Wars Trilogy, Transformers: Power of the Primes, featuring Beast Wars’ Optimus Primal, who is voiced by Ron Perlman; check it out here… 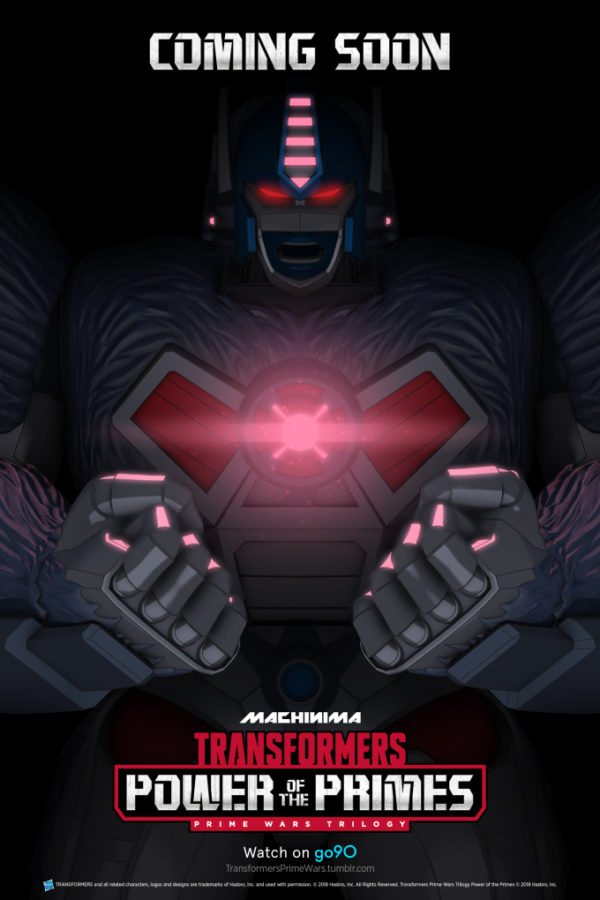 “After Megatronus eliminates Optimus Prime and claims the Matrix of Leadership and Enigma of Combination for himself, the other Transformers robots look to Megatron to lead the charge against their diabolical foe.

Unbeknownst to them, Megatronus’ pursuit of the next ancient artifact, the Requiem Blaster, goes beyond his desire for power and the search will uncover mysterious secrets from Cybertron’s past. Before the TRANSFORMERS: PRIME WARS TRILOGY concludes, a new Prime will ascend and all will bear witness to the true POWER OF THE PRIMES.”

Transformers: Power of the Primes is set to arrive on go90 in May.