Sideshow and Quantum Mechanix have revealed a batch of images for the 1/6th scale Khan Noonien Singh figure which is based on the likeness of Ricardo Montalban in the classic ‘Space Seed’ episode of Star Trek: The Original Series. The collectible is available to buy now, priced at $149.95; take a look below… 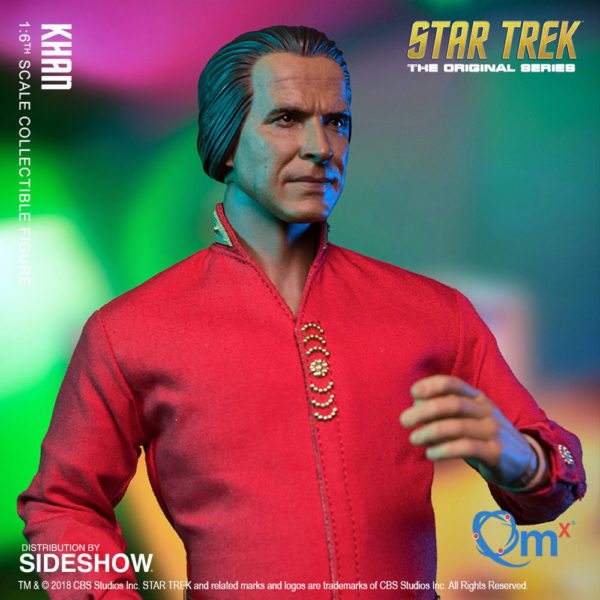 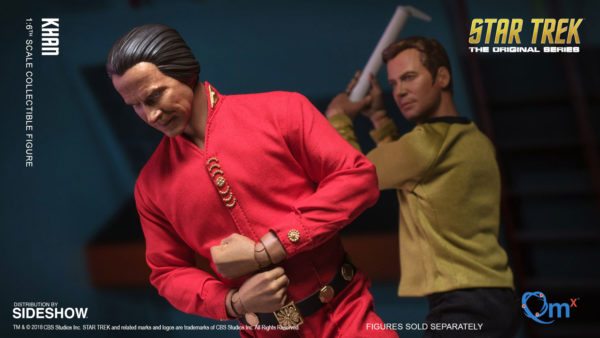 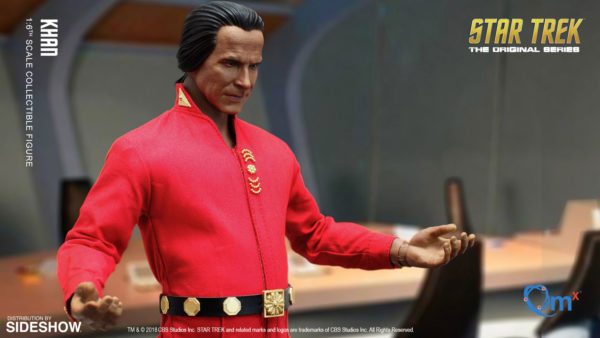 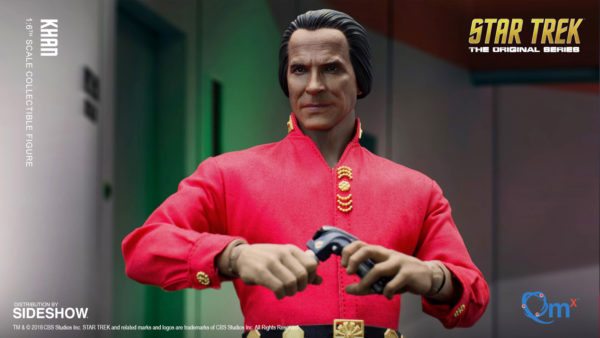 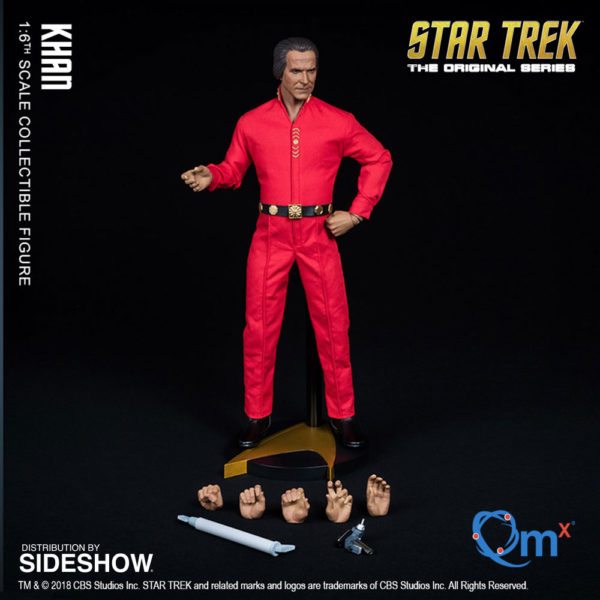 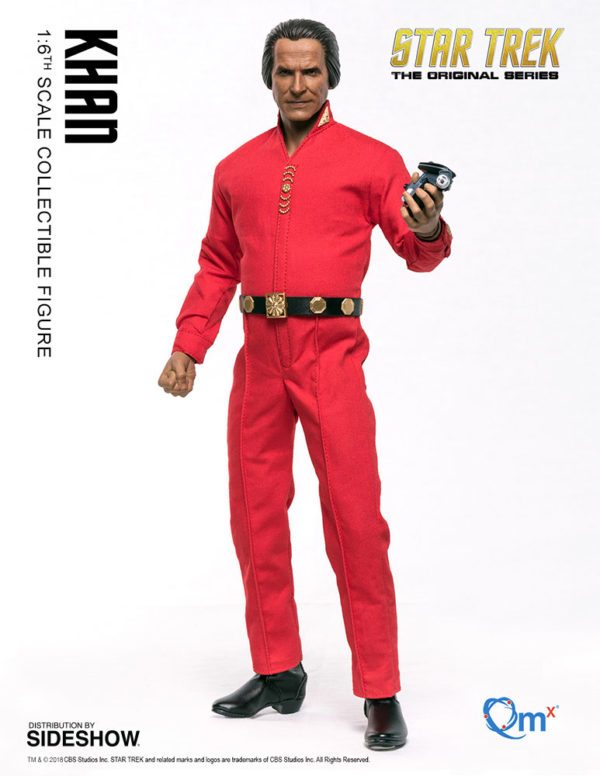 Captain Kirk’s arch nemesis joins the Quantum Mechanix line of sixth scale collectible figures from Star Trek™: The Original Series. Khan Noonien Singh from the classic episode “Space Seed” was the genetically-engineered superhuman that nearly took over Earth in the late 20th century. This figure represents Khan in his red military uniform worn as he tried to take command of the Enterprise.

Standing approximately 12 inches tall, every element, from the gold collar insignia to his custom black boots, is authentically reproduced. The original portrait sculpt of Ricardo Montalban as Khan has an authentic, hand-painted likeness. Khan comes with a phaser 2 crushed by his superhuman strength and the engineering rod used by Kirk to subdue Khan.

This fine collectible figure is a perfect rendition of everyone’s favorite despotic superhuman and a great addition to your Star Trek 1:6 scale figure collection.