Hots Toys has released a batch of promotional images for its  Movie Masterpiece Series 1/8th scale Rocket and Groot collectible set which is based on the likeness of the duo in the upcoming Marvel superhero epic Avengers: Infinity War; take look here… 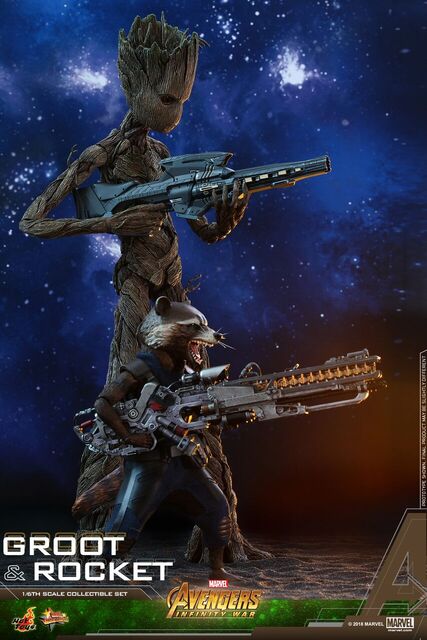 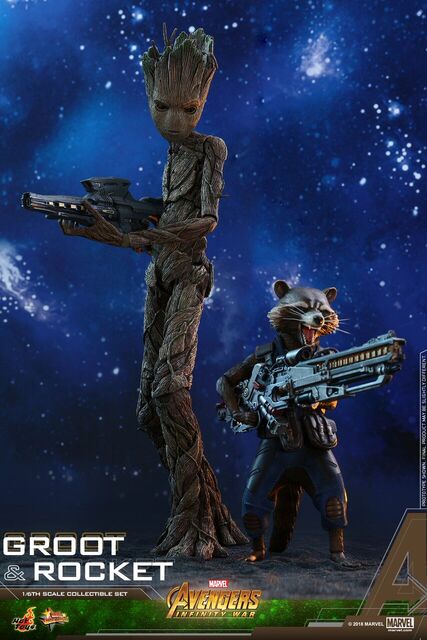 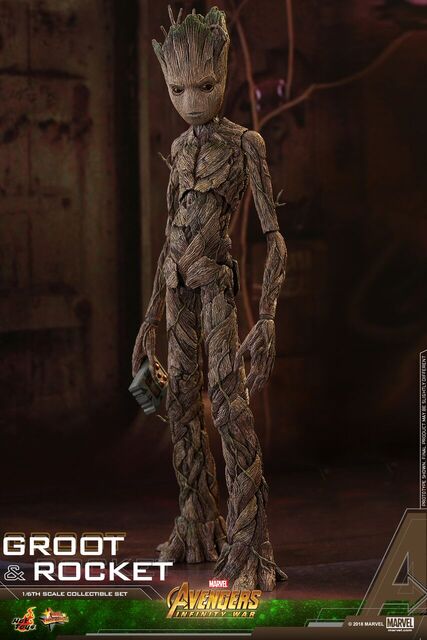 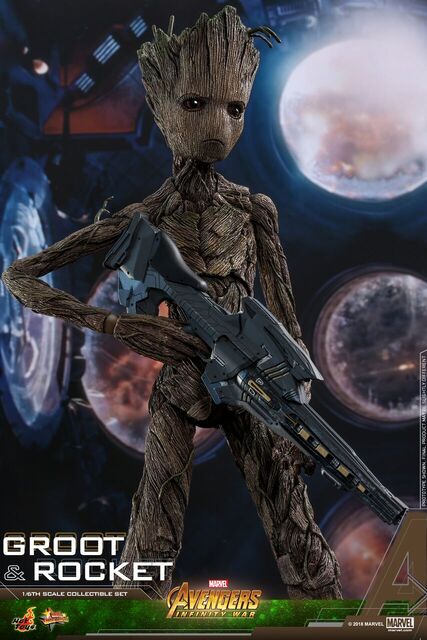 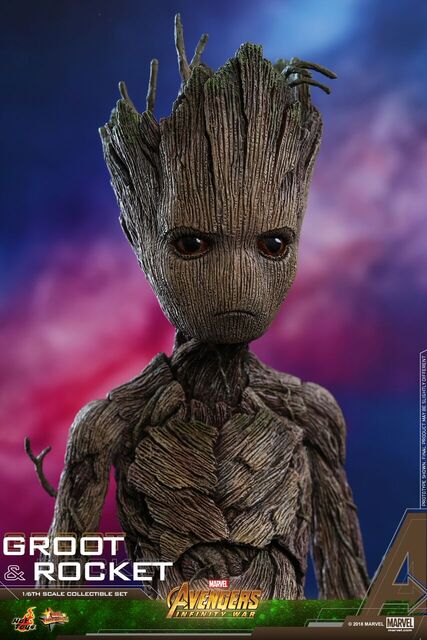 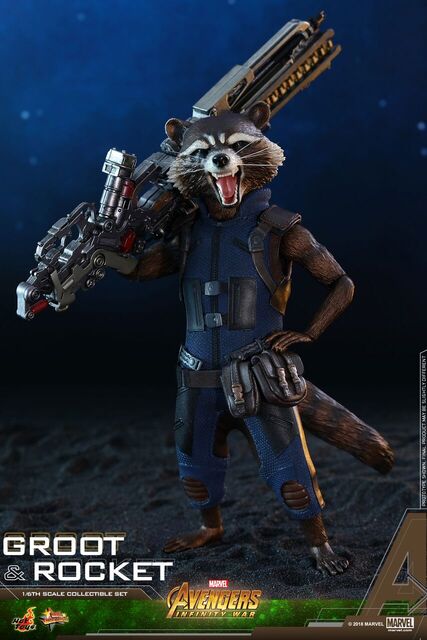 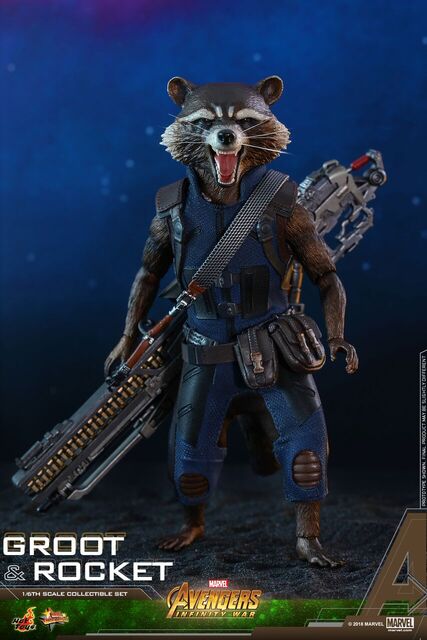 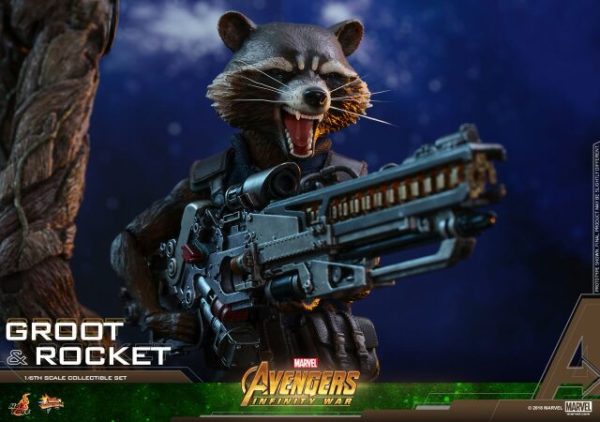 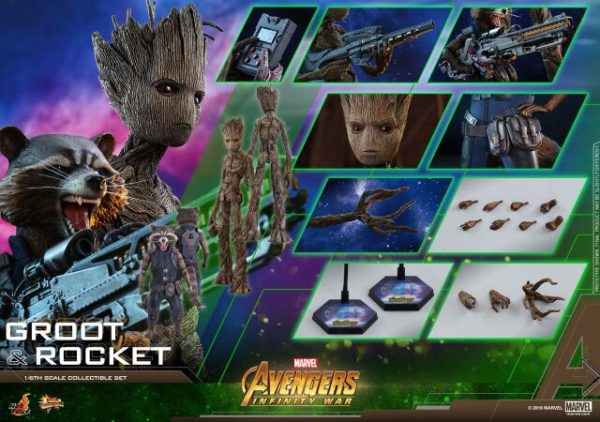 Get ready for the return of Rocket and Groot in the upcoming epic release Avengers: Infinity War, which will unveil a first look of the Guardians teaming up with the Avengers! Fans are eagerly anticipating on how Groot continues to prove himself as a dependable hero while battling alongside with his comrade Rocket!

The newly developed Groot is expertly crafted based on his appearance in the film, featuring a finely sculpted head with 2 interchangeable face sculpts, impressive paint application on his body reflecting his distinctive appearance, blaster rifle, handheld game console and a movie-themed figure stand with movie logo.

The movie- accurate Rocket is specially crafted based on his unique physique in the film, it features a newly painted head portraying his roaring expression with remarkable likeness, specially tailored combat suit, interchangeable hands and feet, all-new highly detailed blaster rifle, and a specially designed movie-themed figure with movie logo.

Don’t pass up on a chance to grab the Marvel’s galactic inseparable duo Rocket and Groot collectible set to expand on your Avengers: Infinity War collection!