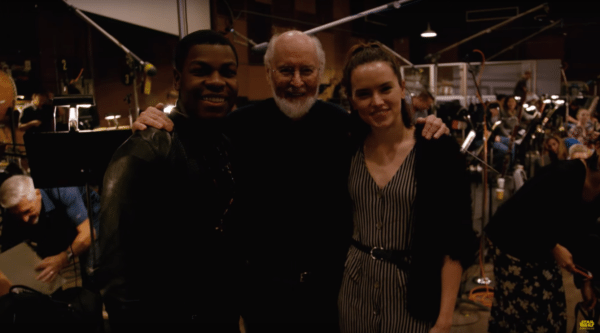 Given his advancing years, it was only a matter of time before John Williams decided to call time on Star Wars, and the legendary composer has revealed to Los Angeles radio station KUSC that next year’s Star Wars: Episode IX will be his final score for the saga.

“J.J. Abrams is preparing one now that I will hopefully do next year for him,” said Williams. “It will round up the series of nine that will be quite enough for me. Disney will take it further and they will probably continue on to do Star Wars for decades. So I think it’s all good.”

Williams has scored every Star Wars movie except Rogue One: A Star Wars Story (and Star Wars: The Clone Wars, if you’re counting that), and while he won’t be scoring May’s Solo: A Star Wars Story, he has previously confirmed that he is creating a theme for Han Solo, while John Powell handles the rest of the score.

“The present plan is that I’m writing a theme for Han Solo, and John Powell is going to write the score, which he’ll do brilliantly. What I will do is offer this to John, and to [director] Ron Howard, and if all parties are happy with it, then I will be happy. John will complete the score. He will write all the rest of the themes and all of the other material, which I’m going to be very anxious to hear.”