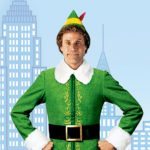 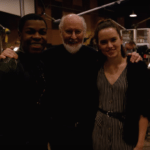 John Williams, the legendary composer of countless iconic scores for some of the biggest franchises in cinema, is returning one last time to score the final chapter in Skywalker saga, Star Wars: The Rise of Skywalker. Williams recently talked about the ending to The Rise of Skywalker during one of his concerts where he claimed fans will […]

Don Williams, brother of John Williams, has revealed the score for Star Wars: The Rise of Skywalker will feature themes from the entire Star Wars franchise. On Friday, the Academy of Scoring Arts hosted a score study of Jurassic Park – one of John Williams’ most iconic scores. The event also featured Don Williams, a performer and “veteran studio percussionist” […]

Not only does Star Wars: The Rise of Skywalker mark the final chapter of the Skywalker Saga, but it’s also set to be the final Star Wars movie to be scored by legendary composer John Williams, the man responsible for some of the most iconic movie music in history. According to an interview with orchestra […]

Sean Wilson was in attendance during the London Symphony Orchestra’s stirring tribute to a soundtrack icon… John Williams may not have been physically present during the Royal Albert Hall’s spectacular Friday concert, hospitalised as he was by a sudden illness. But his presence coursed through every note delivered by the vigorous London Symphony Orchestra, working […] 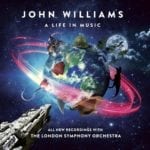 Tori Brazier reviews John Williams: A Life in Music… From Decca Records and Classic FM comes a new collection of recordings, celebrating the astonishing career of one of the world’s most successful living composers: John Williams. In January 2018, Williams broke his own record as the recipient of more Oscar nominations than any other living […] 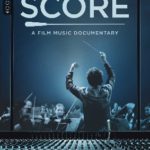 Score: A Film Music Documentary, 2016. Directed by Matt Schrader. Featuring Hans Zimmer, Danny Elfman, John Williams, James Cameron, Trent Reznor, Quincy Jones, and Howard Shore. SYNOPSIS: A documentary detailing the role of the film score and the people who create them. Reviewing a documentary can often be a futile exercise, more often than not […]

There may be no sign of the original movies being re-released in their pre-Special Edition form, but the official Star Wars site has announced that Disney Music Group will be marking Star Wars Day this May by releasing remastered editions of John Williams’ scores for the first six Star Wars movies, A New Hope, The […] 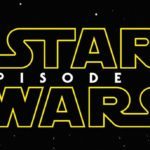 Given his advancing years, it was only a matter of time before John Williams decided to call time on Star Wars, and the legendary composer has revealed to Los Angeles radio station KUSC that next year’s Star Wars: Episode IX will be his final score for the saga. “J.J. Abrams is preparing one now that […]