Tripwire Interactive have announced that their virtual reality action horror title, Killing Floor: Incursion, will arrive on the Playstation VR on 1st May.  The game is a new standalone title based on the critically acclaimed Killing Floor franchise and will be available to pre-order later this month and will come with a timed exclusive Holdout Mode map called ‘The Crucible’. 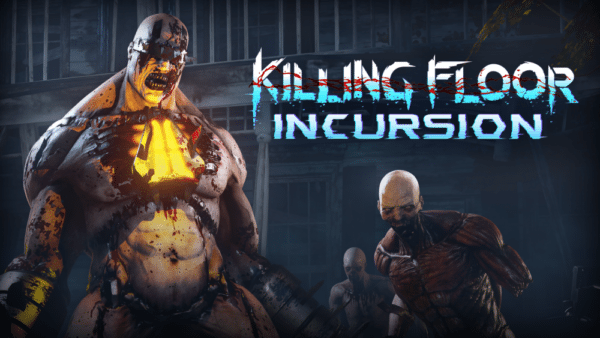 Currently only available for HTC Vive and Oculus Rift, the PSVR version will include all the post launch content updates released to date including the Hardcore difficulty mode, Katana weapon and leaderboards to name but a few.

In Killing Floor: Incursion players take on the role of a Horzine Security Forces soldier and team up with allies to fight off the Zed hordes.  Players will have access to a huge array of weaponry from blades to blasters and will be able to explore the environments scavenging for weapons and ammo.  Locations to fight through range from farmhouses to high tech facilities.

Killing Floor: Incursion takes the action horror genre to the next level with a fully-realized, made-for-VR, story-driven adventure. Play alone or with a friend in co-op mode, explore diverse environments from creepy farmhouses to high-tech facilities – and fight to survive against the horrific Zed hordes with a variety of weapons, including pistols, shotguns, axes, and even the occasional leftover limb.