Indie developer Psyonix have announced that their award winning Rocket League will be receiving the new Salty Shores update on the 29th May.  This update will be available for all platforms and include a new vehicle, a new arena and much more.  You can see more of this update in the new trailer below… 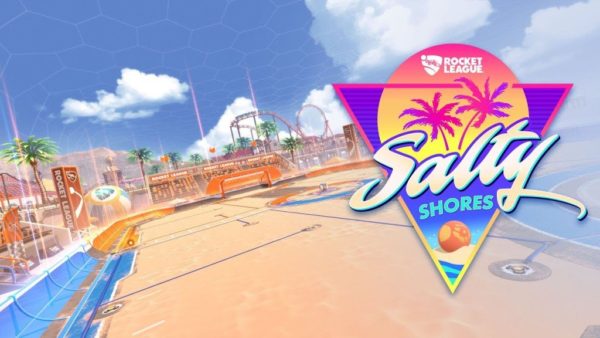 The Salty Shores update matches the current UK weather and takes players to the seaside where a blue sky and sunshine constantly smile down on the frenzied action in the beach-side arena below.  This map won’t be just for the summer, it will be available all year round so you can escape the miserable grey skies and cold rain and go somewhere warm.  Alongside this new arena is the brand new import Battle-Car, Twinzer, which will be available as a limited drop inside the new Impact Crates.

If a new arena and car wasn’t enough, the update also brings with it the start of Competitive Season 8, Season 7 rewards, Rocket League x Monstercat Vol. 3 playlist and the new ‘Beach Blast’ summer in-game event when it arrives on the 11th June.

So, grab your sun cream, dig out the beach wear (not the mankini) and get ready for the Salty Shores update arriving on 29th May on all platforms.