Harrison Abbott on the moviegoing experience…

A quick disclaimer: It took numerous rewrites for me to get this article into a state where it no longer resembled a deranged manifesto. At one point it was just the phrase ”Tear it all down” repeated for roughly 6 pages, along with a few obligatory references to”the phonies”. Despite my best efforts to reign all that stuff in, this therapeutic exercise is still going to be incredibly spiteful and mean-spirited. So… Enjoy? 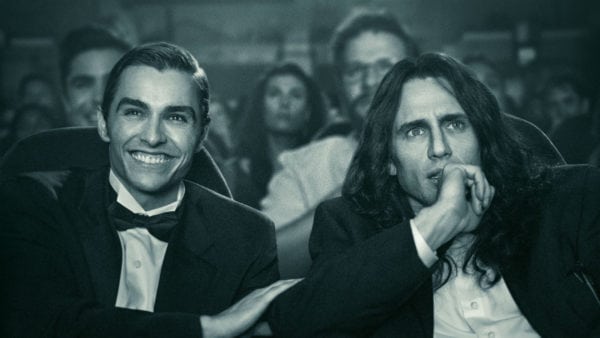 It could have been so easy. I was only supposed to write a straightforward review of Jurassic World: Fallen Kingdom. All that was required was for me to see a goddamn movie in peace and then pretentiously mull over it for 800-or-so words. That would have been the end of it. And in an alternate world, a fair world, that’s what I’d have done.

But we don’t live in a fair world do we? We live in a Stygian nightmare-verse, riddled with debilitating diseases, rampant poverty, abhorrent gun crime and James bloody Corden. Hoping for anything good to emerge from this miserable hellscape, no matter how insignificant, is a foolish endeavour. Which is why you should never get attached to anything. Take it from me.

You see, I used to love going to the cinema. As an introverted adolescent, it was the one place where I felt truly comfortable. Real life was regularly intimidating and confusing, but the second that those lights went down in a screening, I could retreat from all that into a familiar environment that was entirely my own.

Of course, it was more than just simple escapism to me, it was the very bedrock of my identity. Ever since I was a little kid, cinema has been integral to defining who I am: helping me to build relationships; nudging me out my shell; and distracting me from my stress and problems.

In this sense, movies were the ultimate conversation starter, the definitive form of entertainment and a really effective comfort blanket. Best of all though, they gave me a sense of purpose and direction. For as long as I can remember, I had always wanted to dedicate my life to this art form, be it by writing screenplays or pursuing a career in film journalism. 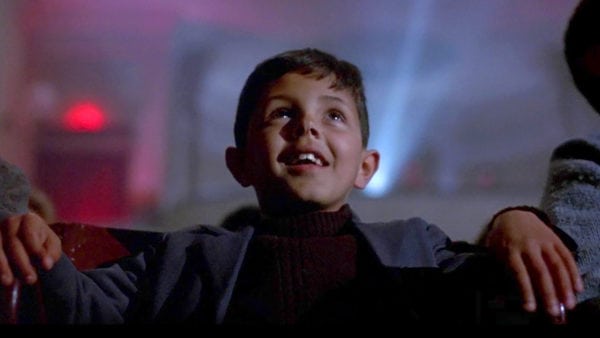 Me back when I felt joy

And now I find myself in a position where all of that goodwill has been beaten out of me, replaced by crushing disillusionment and aimless indignation. You see, everything above was written in the past tense for a reason. That’s how I used to feel about the moviegoing experience. But that spirited passion has gradually degraded over time and I can no longer believe that the cinema is the best place to enjoy films. Which is a devastating notion to someone like myself.

Indeed, when I hear other cinephiles waxing lyrical about going to the movies, the experience they describe is completely alien to me. Their idealistic accounts, fraught with wistful notions of magic and adoring wonder, are a far cry from anything that I recognise. They always pitch this romanticised idea of being able to sit down in a darkened room, only to be transported to another world. A world where you can embark on all kinds of exciting adventures and where everyone else around you is hypnotised by the same spell. All for the price of an admission ticket.

Which all sounds lovely. I would certainly like to know what cinemas they’re going to!

Because the language I’d employ to describe my typical theatre trip would be much less enthusiastic. Instead, I’d be using words like ”noisy”, ”ignorant”, ”rude”, and ”unsanitary’. Naturally, I’d love to be overcome with the same fawning admiration as my peers, but it’s a little difficult for me to adopt such a mindset when I’m contending with glaring phone screens, incessant gorging and the teenagers in the back row, who are talking at full-volume about who fingered Chelsea at Matt’s party. Apparently it was Alex. 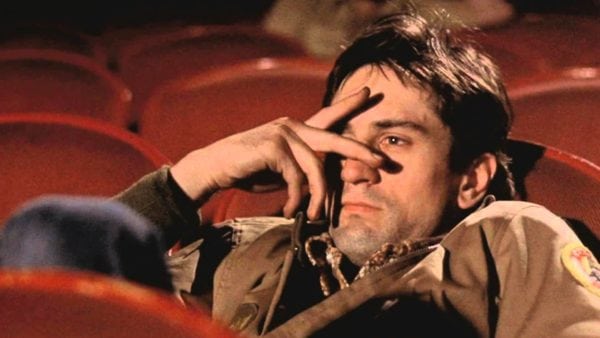 Me now that I am no longer capable of Joy

In a roundabout way, this brings me to the incident at hand. I mentioned at the beginning of this (rapidly expanding) tirade that I was meant to review Jurassic World: Fallen Kingdom. Unfortunately, the audience I saw it with weren’t too keen on that idea. They were more concerned with annoying the ever-living shit out of me, to the point where I had to give up on my plans of producing an article.

So as a comprise between our two positions, I’ve decided to write a review of those festering spunk bubbles instead, seeing as I could hardly focus on anything else.

First, allow me to set the scene. The theatre is packed, with all four quadrants equally represented in the audience: male, female, over 25s and under 25s. Things get off to a bad start almost immediately, when the room erupts into complete bedlam seemingly out of nowhere. I can’t even hear the trailers over this utter cacophony, which isn’t exactly encouraging, but at the same time I do recognise that most people tend to settle down once the actual movie begins.

So I naively persevere for another 20 minutes, praying to God that things will improve. Alas, when the film itself starts, the situation has somehow worsened and people are now full-on yelling at each other. And I do mean yelling. Not whispering in hushed tones or talking at a normal level, but yelling!

Obviously I’m getting a little incensed, because we’re 5 minutes past the studio logos and I can’t focus on the film that I paid good money to see. Then I notice that latecomers are still filtering in through the door and not only are these bumblefucks tardy, but they have the audacity to argue (again, at full volume) about where they should be sitting. Rather than having the common decency to just plonk themselves down and stop obstructing my view, these unconscionable asshats insist on having an altercation with some other customers, who they maintain are sat in the wrong seats. The ensuing debate goes on for far too long, but eventually the whole business is resolved and tensions appear to diffuse.

Determined to enjoy the movie, I ease myself back into a false sense of security, only for a kid two rows in front to unaccountably stand on his chair and announce to the room that he is bored. It’s like he’s in a union dispute or something and he’s trying to incite of an uprising. What’s most vexing about this is that, instead of taking her child outside or instructing him to be quiet, his witless mother is just sat gawping at her mobile, playing a Candy Crush knock-off.

On the subject of phones, there’s a gaggle of preteens over to my left who are all taking selfies with the flash on. This is especially distracting, given that the entire opening of Fallen Kingdom is set outside and at night. You know, the kind of conditions where a flash is very fucking noticeable! Elsewhere, over at the other end of the row, a bunch of juvenile meatheads are struggling to contain their loathsome snort-laughs, presumably because they’re in the middle of a stellar improv routine.

Oh and remember those latecomers? Yeah they’ve now elected to go on a mass pilgrimage to the toilet. Before they can do that however they are forced to navigate the aisle, which they themselves have obstructed with a veritable banquet of overpriced snacks. As a result, I now have to indulge a ridiculous vaudeville routine, whilst they try to rearrange their food and clear a path for the exit. 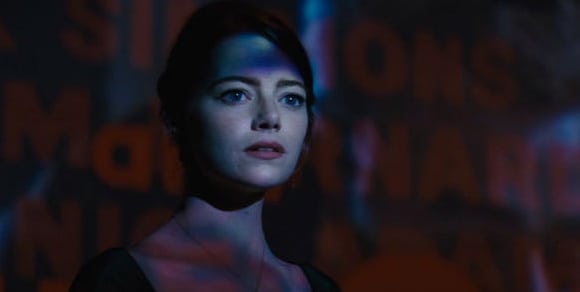 Speaking of snacks, there’s a ridiculous ZZ Top wannabee sitting directly behind me and he’s a proper mouth-breather. Currently he’s tearing open a packet of crisps, an operation that is inexplicably taking him upwards of 10 minutes to complete. After overcoming this struggle, ZZ then proceeds to graze on a trough of nachos, a bucket of popcorn and a tube of Pringles, before transitioning onto a lunch box that is filled to the brim with even more crap. This wouldn’t be too bad, were it not for the fatal caveat that the consumption of each beverage is accompanied by an assortment of belching, farting and wheezing noises.

Meanwhile, one of those comedians over to my right is now downing a 2 litre carton of milk, which A) stinks to high heaven and B) seems to be causing him to gag with each successive gulp. It sounds like we’re in Smeagol’s cave! You did read that correctly by the way, he was drinking a full carton milk, as if that’s a normal thing that everyone does in the cinema.

Alas I don’t have long to ponder this mystery, before the latecomers return from their group defecating session and the pantomime starts anew as they fumble back into their seats. To make matters worse, they have opted to resurrect the argument from earlier and are again debating where they should be sitting, just in case anyone missed that treat the first time around!

It’s at this precise moment that I finally admit defeat. The film has been playing for roughly 30 minutes and I have been unable to give it a modicum of attention. I thus have to concede that anything I write about Fallen Kingdom will be invalid, so I decide to scrap my review.

But in its place, something else takes root. Something that has been gestating inside me for years. Because make no mistake, this was not a one-off occurrence. It was the latest in a procession of thoroughly shitty experiences.