You’d think when two stars of somewhat equal footing star in a film, they would get the same pay. Sadly, that just isn’t true, especially in big Hollywood films. Today, we’ve learned that its even affected Hollywood royalty like Bryce Dallas Howard and her leading role in the Jurassic World films. In 2018, Variety reported that Howard […] Universal Pictures has announced the home entertainment release of the fifth instalment of the Jurassic Park franchise Jurassic World: Fallen Kingdom which is set to arrive on Movies Anywhere on September 4th, followed by a 4K Ultra HD, Blu-ray, DVD, and On Demand release on September 18th; check out the cover artwork, bonus features details and promotional […] 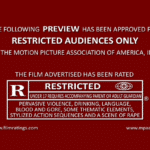 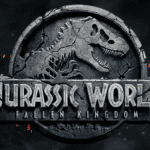 Universal Pictures is celebrating today with the news that Jurassic World: Fallen Kingdom has become the third movie of 2018 – and the first non-Disney title – to pass the $1 billion mark at the global box office. Going into the weekend, the J.A. Bayona-directed sequel had grossed $304.8 million domestically, plus a further $700.7 […] 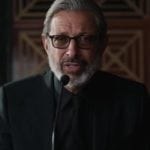 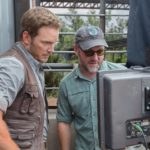 Colin Trevorrow has talked about his frustration regarding the number of spoilers in trailers for Jurassic World: Fallen Kingdom. Trailers have a difficult job in getting fans excited for a movie and letting them know something about the plot while not out and out spoiling the film’s events. Many trailers, unfortunately, fail in this regard, […] 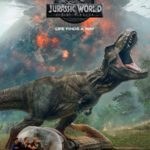 Having started its international roll out earlier this month, Universal Pictures’ Jurassic World: Fallen Kingdom finally made its way to North America this weekend, with the latest instalment in the Jurassic Park franchise enjoying a domestic opening haul of $150 million. This number is down from the $204.6 million haul of its 2015 predecessor, but […] 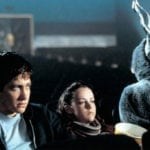 Harrison Abbott on the moviegoing experience… A quick disclaimer: It took numerous rewrites for me to get this article into a state where it no longer resembled a deranged manifesto. At one point it was just the phrase ”Tear it all down” repeated for roughly 6 pages, along with a few obligatory references to”the phonies”. Despite […]

Jeff Goldblum has commented on if he would like to return for Jurassic World 3, saying that he is curious about what comes next. Jurassic World: Fallen Kingdom sees the big return of Jeff Goldblum’s beloved character Ian Malcolm to the franchise. Goldblum’s wacky and eccentric performances have always been endearing to fans but would […]